The HIV League, a nonprofit organization working to empower the HIV Community through scholarship, wellness, and education, just selected their 2018 cohort of Scholars to receive an HIV League Scholarship. These four Scholars have shown how promising they are as students living with HIV through their educational accomplishments, leadership, and service.

Alex Aldana, an undocumented queer activist, is looking to continue their undergraduate studies in Southern California, while Tranisha Arzah, a Peer Advocate for youth, trans women, and women of color, will start her educational career in Community Health and Education. Michael B. Clark is beginning his Masters of Public Health with a focus on Social and Behavioral Health after extensive research and community-based work in East Africa with queer refugees, and Drew Hockman will be starting his Master of Social Welfare with many years of experience working in HIV-related work in Minnesota. These four Scholars are joining the existing two HIV League Scholars, Nicole Begay and Kristefer Stojanovski, in leading the way of what a student living with HIV can do with their educational pursuits. 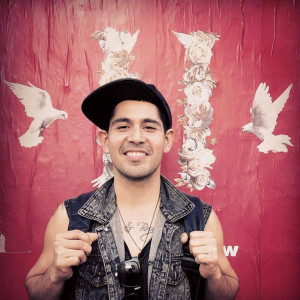 Alex Aldana, is a 31-year-old undocumented queer activist, movement organizer from Guadalajara, Mexico raised in the fields of the Coachella Valley, CA. Alex fights against the criminalization and human rights violations of trans/queer immigrant communities in the United States. Aldana works with Children’s Hospital Los Angeles with more than 12 years of experience in the HIV-prevention field under the Healthy Young Men’s Study, a 5 year study that seeks to improve the health and wellness of black, latinx and mixed YMSM regardless of the HIV status.

Mx. Aldana’s commitment to the community has been reflected through the years with protests and actions, from joining a national walk with Campaign for an American DREAM & the OFA Office’s occupations in Denver, which pushed president Obama for the DACA Executive Order to stop the deportations of young immigrants in 2012. Most recently, Aldana joined the “Bring them Home” campaign in 2014 with the National Immigrant Youth Alliance, which fought to reunite 150 immigrant families organizing inside CCA Detention facility at the times of the border humanitarian crisis. As an openly HIV-Positive asylum seeker under deportation proceedings, Alex is fighting the current administration to stay alive with family and loved ones in this country.

Alex is enthralled to be part of the HIV League Scholars since one of his short-term dreams is to provide more funding opportunities for asylum seekers & previously incarcerated immigrants that seek a better education and quality of life.

Aside from resisting the system, Mx. Aldana loves plants, Tequila Mules, Sci-fi books, J-Balvin, and his husband. He is also one of the three subjects for the films Gay Latino LA, Coming of Age, and American Dreamers. 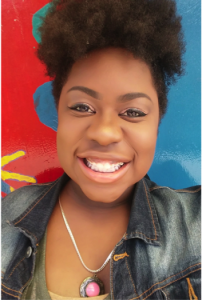 Tranisha Arzah is a first-year and full-time student starting in the fall quarter. She will be attending Seattle Central College to study within the Community Health and Education track and to receive an Associate of Arts or Associate of Science degree with an emphasis in Equity and Social Justice. Her aim is to continue advocating in support of women and youth to help drive change in institutional systems that do more harm than good. Her long-term goal is to provide education and implement policies that support comprehensive sexual health models for students and adults especially among marginalized communities, such as the queer and trans youth of color in the South.

The past five years, Tranisha has diligently and fiercely worked as a Peer Advocate for a peer-led supportive program based in Seattle called BABES-Network within the YWCA. BABES-Network provides supportive services for women living with HIV including trans women, a few lucky men, and their families in the state of Washington. They serve over 200 women each year. She has been a member of the BABES family since 2010. Having lived with HIV since birth in 1990, Tranisha has been a huge benefit to educating and advocating on behalf of vulnerable and marginalized communities through the BABES-Network such as youth, the queer community, and women of color in Seattle and surrounding areas.

Being an HIV League Scholar will help Tranisha with her in achieving her new educational goals. 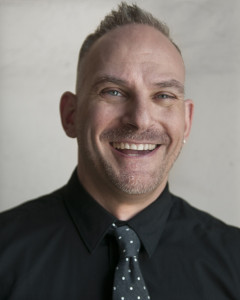 Michael B. Clark is pursuing his Masters of Public Health at New York University, with a focus on Social and Behavioral Health. His primary interest is how stigma impacts the health and HIV-vulnerability of marginalized populations, with much of his research being with sexual minority refugees and migrants in East Africa.

While in Kenya as a Fulbright US Student Researcher, Michael helped LGBT refugees create the Refugee Coalition of East Africa, an organization who advocates for research and representation in the larger human rights mechanisms in Kenya and Uganda. Many of the people he works with experience stigma through multiple intersecting identities: as a sexual minority, a refugee, being gender non-conforming, living in poverty, as a sex worker, and often as living with HIV. Michael’s research and advocacy seeks to find the power though those intersections.

A recent graduate from City University of New York’s Baccalaureate for Unique and Interdisciplinary Studies with a BS in Public Health and Human Rights, Michael’s research began in 2016 while conducting research on similar populations in Uganda through grants from the Fund for Education Abroad and the US Department of State-funded Benjamin Gilman Scholarship. Since then, he has continued research and advocacy for sexual and gender minorities in East Africa and in the United States. Michael’s interest in displacement comes from the traumatic resettlement his family experienced as a member of the Pit River Tribe of Northern California.

Prior to academia, Michael served as a combat medic in the US Army and was a personal trainer and competitive bodybuilder. Although currently living in New York City with his sometimes partner Christos and their two dogs, Bacon and Eggs, he considers the Pacific Northwest his home. Online, he tweets @HealthLGBTQ.

Michael is honored to be an HIV League Scholar, and looks forward to continue his work to reduce stigma and improve health. 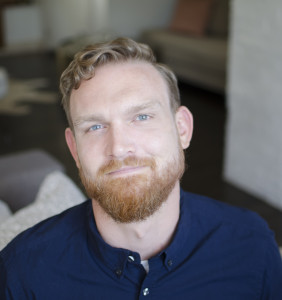 Drew Hockman is a first-year Master of Social Welfare student at the University of California, Berkeley. Drew’s research interests focus on the intersections of social welfare with public health, where social determinants of health push care systems to look beyond medical interventions and address the norms and values that make people vulnerable to HIV in the first place. Drew hopes to use social justice frameworks to examine ways that culturally responsive services can improve HIV care and support the whole person, not just their HIV.

Drew holds a bachelor degree in Multidisciplinary Studies from the University of Minnesota, focusing on anthropology, philosophy, and art. Prior to starting his graduate studies, Drew worked as a case manager with the Minnesota AIDS Project. He has worked one-on-one with individuals living with HIV, supported HIV testing outreach teams, conducted research with the organization’s syringe exchange, and served as co-chair of the Minnesota Council for HIV/AIDS Care and Prevention Disparities Elimination Committee. He has clocked over 700 miles finishing the Chicago AIDS Marathon and Minnesota’s Red Ribbon Ride, raising nearly $10,000 for HIV services.

Drew is overjoyed and humbled by the opportunities the HIV League Scholarship makes possible, to study and practice in an area with deep ties to grassroots HIV advocacy. Drew believes storytelling is fatal to stigma and is honored to continue the work of previous generations who set the groundwork for a status-neutral generation. Beyond his academic pursuits, Drew spends his time woodworking, building bikes, developing the perfect smoothie recipe, and summiting mountains.