News about the Oslo Declaration from Edwin Bernard at the HIV Justice Network.  I am glad to participate in this effort and encourage others to sign on to the statement.  - Sean

A group of 20 expert individuals and organisations from civil society around the world working to end inappropriate criminal prosecutions for HIV non-disclosure, potential exposure and non-intentional transmission from around the world came together in Oslo, Norway on 13 February 2012 to create the Oslo Declaration on HIV Criminalisation.

The Declaration provides a clear roadmap for policymakers and criminal justice system actors to ensure a linked, cohesive, evidence-informed approach to produce a restrained, proportionate and appropriate use of the criminal law, if any, to cases of HIV non-disclosure, potential exposure and non-intentional transmission.

It is a direct response to the increasing numbers of people living with HIV who are being arrested, prosecuted and convicted and the rapid rise in the number of countries enforcing, enacting or proposing HIV-specific legislation to enable these prosecutions. This, despite a growing body of evidence suggesting that the criminalisation of HIV non-disclosure, potential exposure and non-intentional transmission is doing more harm than good in terms of its impact on public health and human rights.

The civil society meeting took place on the eve of the global High Level Policy Consultation on the Science and Law of the Criminalisation of HIV Non-disclosure, Exposure and Transmission, convened by the Government of Norway and the Joint United Nations Programme on HIV/AIDS (UNAIDS). The objective of the High Level Policy Consultation was to provide a global forum in which policymakers and other concerned stakeholders could consider their current laws and policies regarding the criminalisation of HIV non-disclosure, exposure or transmission in light of the most recent and relevant scientific, medical, public health and legal data. 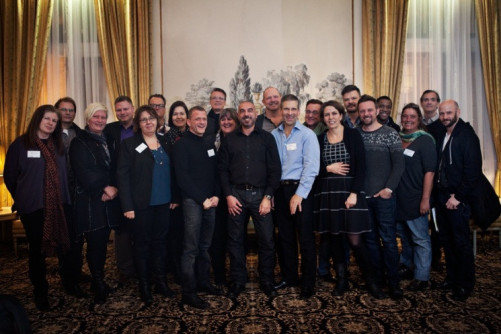 Although the Oslo Declaration is not an official High Level Policy Consultation document, it supports the objective of the meeting, and encourages policymakers to review their own laws and policies, and to take any and all steps necessary to achieve the best possible outcomes in terms of justice and protection of public health in order to support effective national responses to HIV and uphold international human rights obligations.

The Declaration’s creation is led by, and includes, people living with HIV, including survivors of HIV criminalisation, and supported by committed HIV advocates from all over the world. Their expertise covers medical, social, ethical, political, human rights and judicial issues relating to HIV and the criminal law.

The Oslo Declaration, the full version of which can be downloaded here (and which includes full references to support the statements), consists of the following 10 points:

1.    A growing body of evidence suggests that the criminalisation of HIV non-disclosure, potential exposure and non-intentional transmission is doing more harm than good in terms of its impact on public health and human rights.
2.    A better alternative to the use of the criminal law are measures that create an environment that enables people to seek testing, support and timely treatment, and to safely disclose their HIV status.
3.    Although there may be a limited role for criminal law in rare cases in which people transmit HIV with malicious intent, we prefer to see people living with HIV supported and empowered from the moment of diagnosis, so that even these rare cases may be prevented. This requires a non-punitive, non-criminal HIV prevention approach centred within communities, where expertise about, and understanding of, HIV issues is best found.
4.    Existing HIV-specific criminal laws should be repealed, in accordance with UNAIDS recommendations.  If, following a thorough evidence-informed national review, HIV-related prosecutions are still deemed to be necessary they should be based on principles of proportionality, foreseeability, intent, causality and non-discrimination; informed by the most-up-to-date HIV-related science and medical information; harm-based, rather than risk-of-harm based; and be consistent with both public health goals and international human rights obligations.
5.    Where the general law can be, or is being, used for HIV-related prosecutions, the exact nature of the rights and responsibilities of people living with HIV under the law should be clarified, ideally through prosecutorial and police guidelines, produced in consultation with all key stakeholders, to ensure that police investigations are appropriate and to ensure that people with HIV have adequate access to justice.

We respectfully ask Ministries of Health and Justice and other relevant policymakers and criminal justice system actors to also take into account the following in any consideration about whether or not to use criminal law in HIV-related cases:

6.    HIV epidemics are driven by undiagnosed HIV infections, not by people who know their HIV-positive status.  Unprotected sex includes risking many possible eventualities - positive and negative - including the risk of acquiring sexually transmitted infections such as HIV. Due to the high number of undiagnosed infections, relying on disclosure to protect oneself - and prosecuting people for non-disclosure - can and does lead to a false sense of security.
7.    HIV is just one of many sexually transmitted or communicable diseases that can cause long-term harm.  Singling out HIV with specific laws or prosecutions further stigmatises people living with and affected by HIV. HIV-related stigma is the greatest barrier to testing, treatment uptake, disclosure and a country’s success in “getting to zero new infections, AIDS-related deaths and zero discrimination”.
8.    Criminal laws do not change behaviour rooted in complex social issues, especially behaviour that is based on desire and impacted by HIV-related stigma.  Such behaviour is changed by counselling and support for people living with HIV that aims to achieve health, dignity and empowerment.
9.    Neither the criminal justice system nor the media are currently well-equipped to deal with HIV-related criminal cases.  Relevant authorities should ensure adequate HIV-related training for police, prosecutors, defence lawyers, judges, juries and the media.
10.    Once a person’s HIV status has been involuntarily disclosed in the media, it will always be available through an internet search. People accused of HIV-related ’crimes’ for which they are not (or should not be found) guilty have a right to privacy. There is no public health benefit in identifying such individuals in the media; if previous partners need to be informed for public health purposes, ethical and confidential partner notification protocols should be followed.

The 20 original endorsing individuals/organisations are (in alphabetial order)

To find out more or to sign on to the Oslo Declaration please visit: hivjustice.net/oslo.