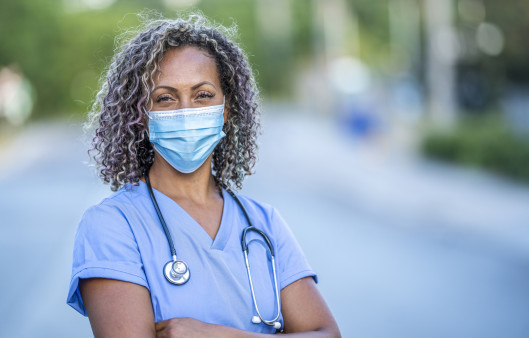 How Do You Define a Patriot?

When I hear of modern patriots, I think of health care and public health workers, those fighting COVID-19 and HIV.

The insurrection attempt on Jan. 6, 2021, was not merely an attack on the Capitol building, it was an attack on American democracy. One year later, our democracy is still under attack. This month’s anniversary of the attempted insurrection is a reminder of democracy’s vulnerability, which has always required brave patriots to protect it.

The word patriot often conjures images of people from the distant past bearing swords and muskets. But that’s not the image in my mind. No, when I think of modern patriots, I think of health care and public health workers, especially those fighting COVID-19 and all working to end the HIV epidemic.

Every day, we not only fight our vulnerabilities to disease, but also defend and lead for social justice. We defend the progress we’ve made and fight daily for the progress yet to be achieved.

And yes, voting rights are part of what we must fight to protect.

Our vulnerability on Jan. 6 was felt not only nationally, but personally as well. Many of us felt personally in danger. And that fear still exists.

As we are reminded of those despicable Jan. 6 events, and the events and actions since, we should all be vigilant and strong.

Remember that the HIV community has been brave in the face of dire vulnerability before. We have proved our resilience and resolve. We are a powerful force for change. We will continue on.