Join the Avengers of AIDS: THE POZ ARMY

I’ve seen The Avengers twice- rarely do I go to the movies these days, much less to see the same movie again.  Why did I do it?  Because The Avengers rocks!  And why does it rock?  Because the movie is about coming together to face a common threat to humanity.  And it’s funny as hell, too.

The parallels to the newly formed Poz Army are easy to make.  The Poz Army is about bringing people together to raise awareness about one of the greatest threats to our collective health- HIV.  I know this enemy well, it’s a virus I’ve been living with for over 25 years now.  One of my greatest tools in combating it has been humor, I can laugh at my own struggle but I never laugh at the threat this virus poses to other peoples’ health. It’s why I’m a sex educator.

I care about making life easier for people by giving them the information needed to prevent contracting HIV.  I care about those already living with HIV because I know the discrimination, depression and isolation that comes with an HIV diagnosis.

Caring about this issue is why I joined The Poz Army.  Read the mission statement about why a large group of advocates is needed in this day and age to keep things moving in the right direction.  Which is, ultimately, towards a cure for HIV.

Here are a few reasons why you should care, too:


As people with HIV...
"We are harassed at our jobs.
We are kicked out of swimming pools.
We are told we can’t hold our grandchildren.
We can’t get life insurance.
We are sent to prison for having HIV.
We are discriminated against, stigmatized, beaten and sometimes killed merely for having a biological agent in our bodies.

The end of AIDS and all its related horrors must stop with us." - The Poz Army 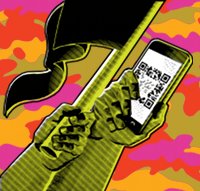 (via the Poz Army)

Every successful soldier carries and uses the same basic equipment: the right boots, a helmet, water and a weapon. Members of the POZ Army will also use a few basics: a cell phone, Internet access and social media.

Go to pozarmy.com to get started:

2. Become a fan on Facebook and watch our wall for action alerts from the POZ Army.

See you on the battlefield!  Wait, we’re already there.