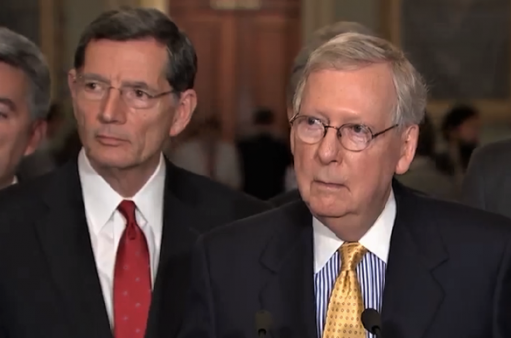 Keep Calling Senators to Save Health Care. Here’s How.

Last week, Senate Republican leaders issued a revised draft of the Better Care Reconciliation Act (BCRA). The new draft makes relatively modest changes to the previous version of the bill, which was pulled from a vote in June when it became clear that it could not pass.

The largest potential change in the new draft is an amendment by Senator Ted Cruz (R-TX) that would allow insurance companies that offer at least one plan that meets the full standards of the Affordable Care Act (ACA) in a market to also offer plans that do not meet the requirements while still being eligible for ACA subsidies. These plans would be designed to appeal to younger and healthier populations covering catastrophic conditions while potentially leaving out specified conditions (examples include mental health or pregnancy), creating caps, or other cost saving measures in exchange for lower premiums. Critics quickly note that this would result in a split system in which older adults or people with chronic conditions like HIV choose more complete plans. This would essentially result in the plans that meet the ACA standards either becoming unaffordable or acting as a de-facto high-risk pool.

Other changes to the bill include adding funds in two areas: $45 billion over 10 years for substance use treatment and recovery in the opioid epidemic and $70 billion (for a total of $182 billion) to offset costs related to chronic conditions or other high cost situations. The bill would allow Health Savings Accounts (HSAs) to pay for insurance premiums as opposed to direct care for the first time. The bill also retains taxes on investment income and the payroll tax for wealthier Americans, although it continues to cut taxes on medical devices. States could also still waive some essential benefits for qualifying health plans.

Perhaps the most important part of the bill is that it would still end Medicaid in its original form. The bill will end the ACA Medicaid expansion by lowering the federal share of costs from 90% to approximately 50% over three years beginning in 2021. In comparison, the House bill would have immediately ended enhanced federal funding for the Medicaid expansion. The bill also institutes a per capita cap or block grant beginning in 2021. In a previous version of the bill, the Congressional Budget Office (CBO) estimated that this would result in a 35% cut to the program over 20 years. The new version would exempt funding spent in a “public health emergency” from the caps, but does not define when such a condition would occur or how funds would be made available.

Now that the bill has been made public, the CBO will “score” the bill on its impact to the federal deficit and on insurance coverage nationwide over ten years. Due to the late addition of the Cruz amendment, and concerns that it may not meet the standards for inclusion in a reconciliation since it may not directly affect expenditures, the CBO is expected to provide two scores, one with the amendment and one without, as early as Monday. Republican leadership has said that they would then try to make a motion to proceed with a vote as early as Wednesday.

It is not clear that Senate Republicans have enough votes to pass the bill. All 48 Senate Democrats have said that they will vote no, with Senator Rand Paul (R-KY) and Senator Susan Collins (R-ME) both stating that they will vote no as well. This amounts to 50 “no” votes with at least 7 other Senators expressing “concerns.” Vice President Mike Pence would cast a deciding “yes” vote if all other Republican Senators eventually decide to vote yes.

Additional uncertainty among Republican Senators was introduced when Senator Bill Cassidy (R-LA) and Lindsey Graham (R-SC) announced that they planned to introduce a different plan for health care as an amendment to the bill almost at the same instant that Senator McConnell was introducing the new draft. Their plan would involve block granting $110 billion in federal funds currently spent on health insurance to the states, repealing the individual mandate, covering pre-existing conditions, and block granting Medicaid. This plan does not seem viable but does seem to signal weakness in the Republican Senate vote count.

AIDS United reiterates the concerns in our position statement about the BCRA. The BCRA will result in people living with HIV having to go on waiting lists for life-saving HIV drugs, medical visits, and primary care and undercut efforts to end HIV in the U.S. “This plan simply cannot be fixed.”

It is also clear that part of the Republican strategy relies on exhausting people who oppose health care cuts into giving in to their plan. In a recent headline, the Washington Post inaccurately referred to opposition from doctors and patients as a “last gasp.” That is ridiculous. Opponents of the bill like AIDS United and much of the HIV community are more energized than ever. We are just getting started, and we will finally have our chance to beat Trumpcare back this week. We will not get tired and we will not stop.

With a vote coming up next week, HIV organizations are planning another Call-In Day for Tuesday, July 18th on the HIV Hotline to express opposition to the bill. The hotline number is 1-866-246-9371 and the message is simple: “Vote No on the BCRA!” We urge people in all states to call. We also ask that you reach out to friends and family in states with Senators that have expressed concern or opposition to the bill. The list of states, which has been growing, is: Alabama, Arizona, Arkansas; Alaska, Colorado, Indiana, Iowa, Kansas, Louisiana, Maine, Ohio, Nevada, South Carolina, Tennessee, West Virginia, and Wisconsin.

Please mark your calendars and call in on Tuesday!! Keep calling!! Get your constituents, colleagues, friends, families, or anyone you can reach to use the HIV Hotline and participate in the National Call-In Day on July 18th. It’s easy!