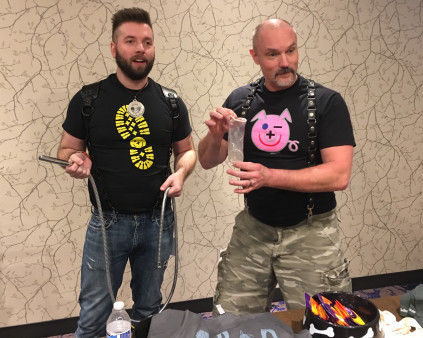 Over four days in late April, more than 2,000 gay men clad in leather jackets, vests, boots, chaps and harnesses convened in Ohio for the Cleveland Leather Annual Weekend (CLAW). In addition to providing a space for the leather community to come together, the annual conference is dedicated to fundraising, education, volunteerism and other charitable needs of the community. Since it began in 2001, CLAW has donated over $800,000 to more than 200 charities—many of which are HIV-related.

CLAW’s emphasis on education sets it apart from other leather events. This year’s confab featured more than 100 skills and education sessions, including two specifically on HIV.

In the workshop titled “Kick A.S.S.—HIV + Aging,” Mr. Palm Springs Leather 2018 Jax Kelly talked about AIDS Survivor Syndrome (ASS), a term used to describe the ongoing trauma experienced by those who lived through the first two decades of the HIV/AIDS epidemic. Kelly explained how the Palm Springs chapter of the advocacy group Let’s Kick ASS supports education and advocacy to raise awareness of long-term survivors and the challenges they face. Kelly also discussed other medical and behavioral concerns regarding HIV and aging in the United States and how “U=U” (“Undetectable Equals Untransmittable”) has the potential to reduce HIV-related stigma for long-term survivors.

Guest speaker Katie MacFarlane from Napo Pharmaceuticals also spoke in the workshop about the new antidiarrheal medication Mytesi. MacFarlane shared that one out of five people living with HIV experience diarrhea but many are embarrassed to discuss the issue with their medical provider and instead suffer in silence. She invited people to visit the Napo booth at the VendorMart to learn more.

Dave Watt (founder of MrFriendly.org), Rod Onyx (creator of the HIV/STI workshop “Beyond the Red Ribbon”) and Kelly (also a former commissioner of the Los Angeles County Commission on HIV and member of several HIV/AIDS community advisory boards) were the presenters of the workshop “What? There’s Still HIV?!” The three men led a robust discussion on HIV activism that addressed the topics of HIV testing, PrEP, HIV-related stigma, U=U and aging with HIV. 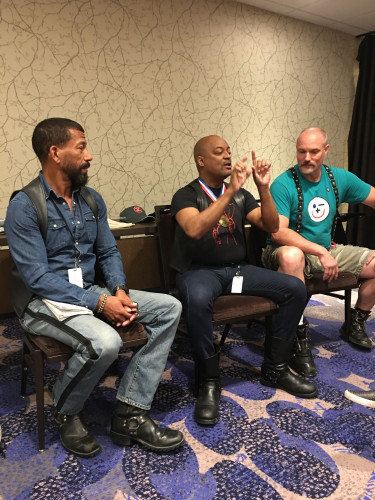 Watt also hosted another workshop with Mr. Liberty Leather 2018 Will Baker titled “I Like Clean Butts (I Cannot Lie!),” which focused on healthy ass play. Watt and Baker shared tips and tricks on how to douche like a pro, and attendees were encouraged to share what works for them. Watt and Baker also explained how to use the internal condom (also known as the female condom) when you don’t have time to clean out. The workshop leaders were surprised to learn that only five of the 30 men attending the session were familiar with this type of condom, which is also referred to as a “catcher’s mitt” or “butt bag.”

In addition to the numerous workshops and presentations, CLAW featured an expanded VendorMart. HIV-related vendors included the pharmaceutical company Gilead, which hosted a booth and answered questions about PrEP (pre-exposure prophylaxis) and HIV treatment medications. The Napo Pharmaceuticals booth highlighted its award-winning campaign “Keep Your Pants On…Unless You Don’t Want To” and raised awareness of HIV-related diarrhea. For a small donation, the Mr Friendly booth offered safer sex conversation starters such as T-shirts, dog tags, pins and various leather accessories. The grassroots organization aims to reduce HIV-related stigma and to encourage HIV testing. With a positive and negative sign on a smiling face, the Mr Friendly logo is a great way to show support for people of any status. 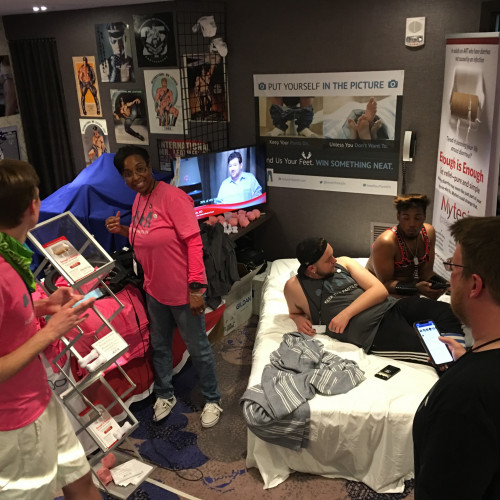 On Saturday night, CLAW held the International Leather Family Dinner, which featured speaker Gary Wasdin, the executive director of the Leather Archives & Museum. At the Leather Hall of Fame Induction Ceremony and Brunch held on Sunday, International Mr. Leather, the Society of Janus and Black Leather in Color were honored as this year’s inductees.

In total, this year’s CLAW played host to more than 200 events and exhibitors. From the Kinky Kabaret to the FLEXXX Asylum sex parties, there were plenty of ways to indulge in the leather lifestyle. 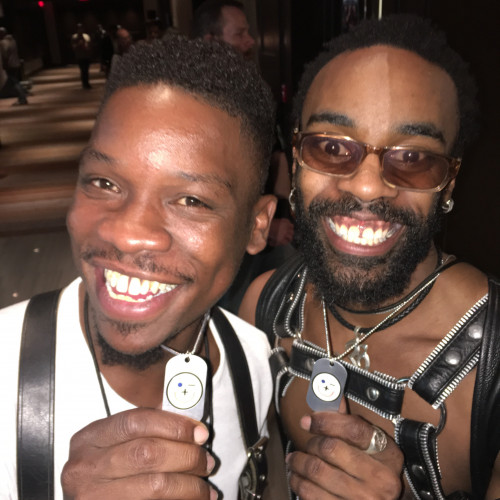