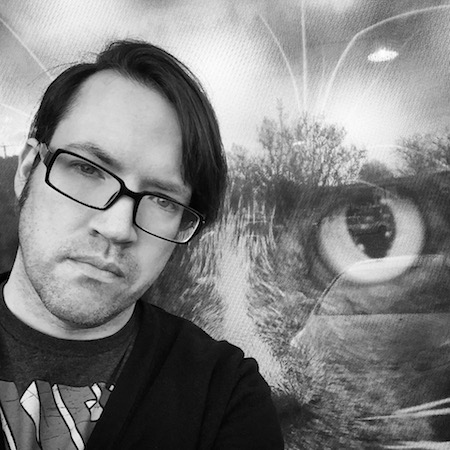 "To survive in this world, sometimes you must
have the eye of the over-sized domesticated cat." - me

My last blog post was on December 4th- I was ending the year of 2014 in arguably the prime of my life: confidant and wearing a moustache for the first time, standing naked in a shower raising money for my friends at the MTV Staying Alive Foundation...

And then it happened. The December Surprise.

It’s seems that, every December of every year, there’s a medical surprise of some sort. Sometimes big, sometimes small. But always in December. This year’s surprise came in the form of a cough, on the evening of Sunday, December 13th. It is now January, 24th and the cough is still here. It’s not serious or deadly, just lingering. Rumors of the cough’s force had been spreading throughout my community since early Fall, so my immune system did it’s best warding it off until December when, apparently, my immune system decides to take some time off to celebrate every religion’s holiday season.

Another aspect of the cold winters of Virginia is my left ankle, which has been ravaged due to years of slight bleeding. I swear the cold weather severely aggravates the physical handicap. The cartilage in my left ankle is pretty much gone, leaving bone to bone friction... I know that sounds like the male equivalent of scissoring, and it is just as physically awkward. Most times I get around fine, but when my ankle starts to painin’ me, boy does it start to painin’ me.

On the bright side, I have acquired a Handicap Parking Pass. One that I promise not to abuse in the times when I can walk fine. In recent years, traveling by plane has become pretty unbearable due to the ankle- after 3 hours flights of being crammed in Coach, my ankle lets me know it isn’t happy. Starting a few years ago, there have been times when it’s been so bad that Gwenn has had to get a wheelchair and push me through the terminal. The Pass will certainly help on those trips, allowing us to park closer to the Terminal and also closer to where we are speaking when we educate on sprawling college campuses.

Though this blog may make my life out to seem like a heaping pile of shit, I’m actually quite happy. And even optimistic about the year ahead. The ankle is my spirit bone for 2015: take a long-standing problem and apply a solution to it. In about ten years time, science may be able to correct my ankle by regrowing cartilage in the joint. I look forward to resuming my legendary League bowling career in my 50s and joining my brother, father and grandfather as a Decker who has bowled a perfect 300 game in league bowling.

Till then? I’ll do what I’ve always done. I will walk, sometimes limp, forward towards more adventures. I turn 40 this year and I have a feeling it will be the best decade yet. I’m content with who I am, what I’ve done and am eagerly anticipating the next growth spurt in my life.

But that’s long-term. For now, I’ll settle for no coughing.