My Path to U=U

The confidential letter arrived in March 1986. To Be Opened Only by Addressee glared at me in all red letters. I will never forget the feeling in the pit of my stomach when I opened it and read “You should see a doctor immediately as your blood test came back positive for HIV.” I threw up and contemplated what I was sure would be my death. It took me months to summon enough courage to tell my partner, almost passing out as I said HIV. Thankfully, he was understanding and supportive. A trip to the health department confirmed I tested positive, while he tested negative. I threw up again, feeling dirty, ashamed, and fearful of the stigma I was sure would come next.

And so began my journey living with HIV along with the challenges and blessings that culminate in today’s announcement. Building on a dedicated career working in HIV care and prevention with the Ryan White Planning Council of Fort Worth, Texas, and at NASTAD for 18 years, I am thrilled and humbled to be joining the Prevention Access Campaign as Executive Director, North America.

Despite the shame, fear, and stigma I felt in 1986, I finally took control of my future by calling a doctor and talking openly about me. My new doctor provided excellent care and emotional support, especially early in the epidemic, during an excruciatingly painful and frightening period of my life. Craving information and a community, I called Project Inform. I remember later receiving a call from Marty Delaney who talked me through what I could expect and introduced me to a network of support. I was finally connected to people living with HIV who helped others facing similar issues.

I recognize that I am privileged to have reaped the benefits of a strong support network and nearly continuous access to excellent health care. I was fortunate to survive those early days and to realize the benefits of ARV treatments beginning in 1996. Too many of our friends did not make it to the HAART era. And today I am fortunate that newer medications have allowed me to maintain an undetectable viral load for the last ten years.

Like others who were undetectable, I came across a Swiss study in 2008, which concluded that individuals with an undetectable viral load could not sexually transmit the virus. I thought that was such a misguided concept. I felt the study must be wishful thinking but allowed myself to dream of having shame-free sexual relationships without the fear of transmitting the virus to someone else. Ten years ago, it was just a dream. 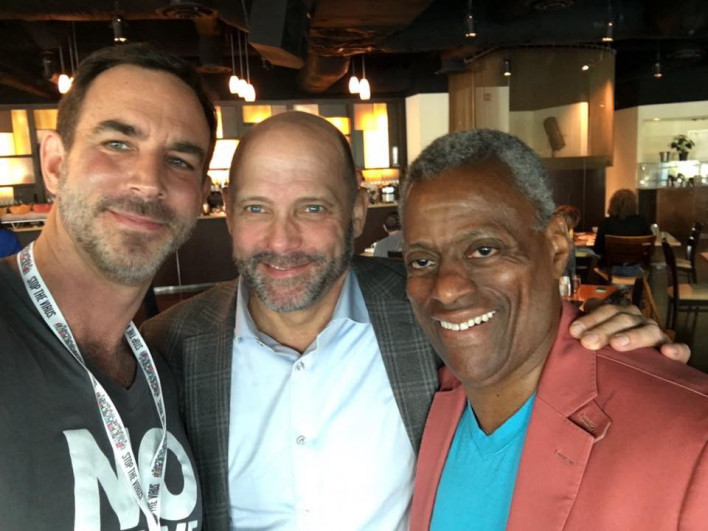 Bruce Richman’s Facebook message in early 2016 was equivalent to my connection to Project Inform 30 years earlier. He discussed with endless passion the need for the consensus statement he had developed to clear up mixed messages about risk and to confirm that undetectable equals untransmittable. At that time, I was serving as Executive Director at NASTAD, and Bruce pleaded for NASTAD to sign on to the consensus statement to help spread the new message. I wanted the dream ignited by the Swiss study to become reality. I recognized that if we moved fast, we could make an announcement at that year’s upcoming USCA. With the support of my senior staff, I decided to take the leap and sign on. Later, when I announced the endorsement to NASTAD’s Board, members expressed concern that the CDC had not yet agreed with the statement and that we might be moving too fast. I informed the Board that it was our role to lead on this critical life-saving issue that had unprecedented potential to reduce stigma, improve people’s well-being, and prevent new transmissions. We did not need to wait for the government’s approval. NASTAD’s leadership unequivocally agreed, and so began my passion for a game-changing evolution in HIV treatment and prevention.

Undetectable was only the start of a one-two punch against shame and stigma. Enter PrEP, which has become crucial for preventing new HIV infections. But in 2016, when I learned U=U, it was my first real opportunity, as it was for many others, to finally shed my own stigma and shame and to begin to internalize that as a gay man living with HIV, I could indeed have a healthy sexual life.

A battle with prostate cancer motivated me to reevaluate my priorities and dig deep into my purpose. I decided to move beyond being defined by my story and instead to tap into my energy and passion. The decision meant saying goodbye to NASTAD and ultimately to focus on U=U.

I begin my new journey on May 1, 2019 with Prevention Access Campaign. I bring to this new opportunity a determination to end HIV stigma. That determination will call on me to connect to, reconnect to, and establish productive relationships to ensure that U=U is a valued basic concept in sexual health, greatly improving the physical and mental well-being of all people living with HIV, and bringing us closer to ending the epidemic.