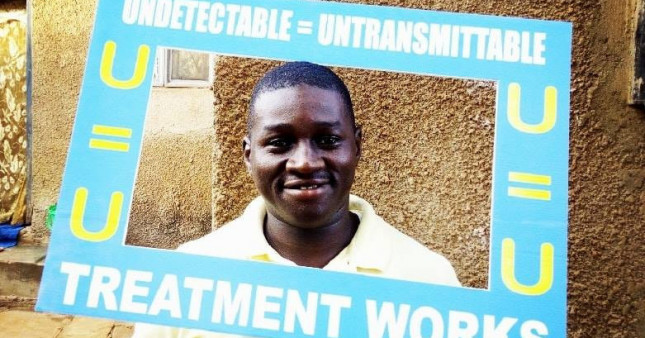 The Day My Life Received the U=U Message

William Matovu, an activist from Uganda, describes the impact of learning U=U and his advocacy as a part of the Love to Love Organisation

On 17th of April 2019 I woke up like any other day to perform my civic duties at our office (Love To Love Organization) and I did not know that my heart is going to welcome a message that is changing lives of people both affected and infected with HIV and that is none other than the Undetectable Equals Untransmittable (U=U) message. That day I never remained the same because that was the genesis of transformation in my life. 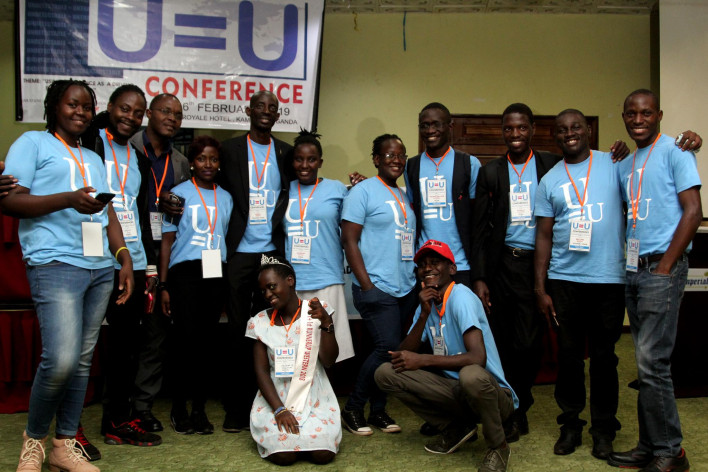 Activists at the U=U Conference in Kampala, February 2019

Before knowing the U=U message I strongly believe that I was under the captive of fear. I could go to my clinic but nobody bothered to tell me about this life changing message. The only thing they could tell me when they draw blood samples from me, is we are going to check whether your viral load is low. And if the results turn to be good just keep taking your medication well in order to prevent the virus from making more copies.

As I was checking my social media platforms, on 17th of April 2017 I saw several posts from my international friends posting about U=U. So I become so curious and I asked myself Is it a true message? After asking myself immediately I started to dig this message into details. Luckily enough I landed to Prevention Access Campaign’s website of which I found strong content and again I asked myself that why is this message not preached across the globe?

After reading the content on the website (Prevention Access Campaign) Immediately I made a quick decision and I said to myself that the world MUST know this life changing. I started making Photo Frames of which they included the U=U message. I asked the executive director of Love To Love Organization Mr. Daniel Ssemuli to endorse the message of which he did not hesitate to do so. After his acceptance our organization become the first organization in Uganda to officially endorse the campaign.

After signing on the campaign Daniel and I got a lot of criticism from different people across the world and most especially a lady from the USA who made us lose funding. But this did not stop me whoever much she tried to provoke me. But good enough I was not fighting the battle alone, Bruce Richman, Bob Leahy, Robert Olver and others I have not mentioned here they did an amazing job of standing with me. The Lady reached an extent of writing to Daniel (Executive Director Love To Love) but he also stood by my side. 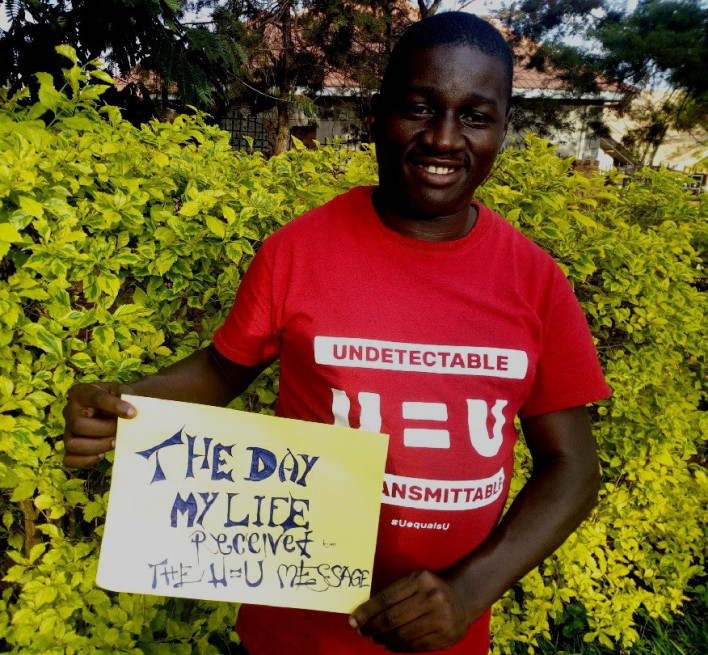 In my own capacity I strongly believe that this message is a game changer. It has impacted a lot of people’s lives around the world and it has given us everlasting hope in this journey of eradicating HIV/AIDS. And this goes to the gate keepers, U=U message is a life time message like our HIV treatment until a right cure comes. It’s high time you stop complicating this message it’s very clear and simple to understand that if some becomes Undetectable and maintains it he or she CANNOT transmit HIV sexually to his or her negative partner.

As I pledged from the beginning nothing is going to stop me from preaching the gospel of U=U because the general public deserves accurate and meaningful information about HIV and sexual reproductive health.

NO TURNING BACK NO LOSING HOPE
JOIN THE REVOLUTION