I enjoy speaking on college campuses.

No matter the main topic of my talk, I always mention post-exposure prophylaxis (PEP), the highly effective strategy for avoiding HIV transmission after one has been potentially exposed to HIV through sexual contact or a shared needle. The topic is invariably new to the students; only rarely are any of them familiar with PEP.

On World AIDS Day last year, I spoke at Simon’s Rock at Bard College, in Great Barrington, Massachusetts. Several students stayed after the talk and we discussed PEP. One of them, James Krellenstein, expressed anger that he and his peers had not been educated about PEP.

He is correct in accusing HIV prevention efforts of negligence for failing to effectively promote better awareness of and access to PEP. I agree. It is atrocious that few AIDS service organizations promote PEP and there has not been an easily-accessible resource for finding PEP providers.

PEP has long been standard practice for healthcare workers after they get accidentally stuck with a needle. If an employee at an AIDS service organization, hospital or clinic gets a needle stick, they are put on a 28 day course of anti-retrovirals within minutes.

A quick response is important; the sooner to the point of exposure PEP is commenced, the more likely it is to prevent infection. After two or three days, it is vastly less effective.

But in a condom breaks or someone does something they quickly regret, it is difficult to access PEP even if one knows about its efficacy. Why are there not PEP hotlines or delivery services to provide information and treatment when it is needed, when it can still prevent an infection?

I know a student who, after a ridiculously long wait in an emergency room in New York, was told that the hospital would provide him PEP if he was sexually assaulted, but since his exposure resulted from a broken condom, it would cost $1600. He did not have the money; fortunately, he found another place that provided him PEP. But most people don’t even know about PEP, let alone where to find it or get to the point of figuring out how to pay for it.

Many people diagnosed with HIV today know exactly when they were infected. Frequently they tell me that if they had known about PEP, they would have used it when they were exposed, thus in all likelihood avoiding infection.

Thousands and thousands of people have acquired HIV because they were not educated about or did not have access to PEP.

After my talk at Simon’s Rock, James and I began a correspondence that resulted in him developing a proposal for a website to provide information about where one can access PEP. Dr. Joseph Sonnabend (the legendary HIV clinician/researcher who first proposed the concept of “safer sex” as a means to avoid HIV transmission) and I were advisors to James’ effort.

I shared James proposal with Tom Viola at Broadway Cares/Equity Fights AIDS. Tom knows a great idea when he sees one and quickly made arrangements for a small grant to realize James’ idea. (Buying holiday gifts from their online store , like this cute 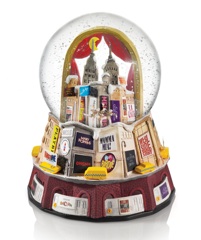 BC/EFA snowglobe, is a great way to say thanks to them).  The North American regional affiliate of the Global Network of People Living With HIV/AIDS (GNP+), on whose board I sit, serves as the project’s fiscal sponsor.

PEPnow.org went live a few days ago and it is doing what government, the healthcare system and AIDS advocacy has’t yet been able to do, which is provide timely information on where one can get PEP.

Check out the site and add listings to the database on clinics, physicians and emergency rooms in your area that provide PEP or share your own PEP experience.

James recently started an internship at the Laboratory of Molecular Hermeneutics at Yale University School of Medicine. He is 19 years old.

While he is not yet a doctor, he is already saving lives. 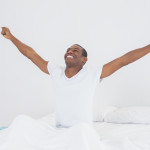