Although I’m new to blogging at POZ.com, I’m not a blogging neophyte.

Since 2007, I have been maintaining my own blog, criminalhivtransmisison.blogspot.com that has become an important global resource for individuals and organizations working around the world to mitigate the problem of criminalization of HIV non-disclosure, potential exposure and non-intentional transmission by highlighting:

Hopefully you’ll figure out why I call it a problem when reading through my blog, or future posts on POZ.com. You might also read fellow POZ blogger (and POZ founder) Sean Strub’s recent blog post here on the subject. No doubt some of you will have strong opinions, but I hope that the dialogue that we have here, amongst ourselves, helps to further educate those of us on either side of the criminalization aisle.

I think it’s especially fitting that my first post on POZ.com is a cross-post from my blog (customized with US spelling - I’m a Brit that usually writes in British English) that highlights some of the problems you are facing in the United States and how effective anti-criminalization advocacy is working to protect everyone with HIV from injustice.

Judicial ignorance is something I often highlight on my blog.

Sadly, it is most often (but not exclusively) seen in the United States - a place where a Michigan prosecutor believes that biting someone in self-defense is terrorism if the biter is HIV-positive; where a Texas defense lawyer believes people with HIV are potential “serial killers” if they don’t disclose before having unprotected sex because their HIV is a “deadly weapon”; and where a North Carolina judge believes that a man who attempts to bite a police officer on the ear is also a walking ’deadly weapon’.

Today I’m adding a new label to my blog - political ignorance - inspired by two scary, crazy, and dangerous events in as many weeks.

On Tuesday, Montana Representative Janna Taylor (a Republican, of course) testified in favor of Montana keeping the death penalty by citing the example of the most heinous, murderous crime she could think of - prisoners with HIV aiming saliva and/or blood-soaked paper “blow darts” at prison guards in an attempt to kill them.

Yesterday, the video of Rep. Taylor’s comments, originally posted on YouTube by shitmyrepsaid went viral throughout the US bloggersphere - from Montana bloggers Don Pogreba and D Gregory Smith to more mainstream gay sites, Towleroad and Queerty.

The idea that HIV could be transmitted in this way, and that this could be considered not just murderous intent, but worthy of the death penalty, is a point of view so dripping in HIV-phobic ignorance that at first I thought it wasn’t worth blogging about. After all, it’s so scarily out-of-step with science that surely no-one would take her comments seriously. Why give her poisonous ideology any further oxygen?

But during a lengthy email discussion yesterday with Sean Strub, senior advisor to the Positive Justice Project (PJP) and Catherine Hanssens, executive director of the Centre of HIV Law and Policy which hosts the PJP, I was persuaded that this lawmaker’s ignorance provided an excellent opportunity to highlight exactly how HIV-related ignorance plays its part in the further stigmatization - and criminalization - of people with HIV.

More of that in a moment.

Now this wasn’t the only recent case of a US politician furthering HIV-related stigma in the name of ’justice’. Just last week, as highlighted in my blog post here, Nebraska State Senator Mike Gloor introduced a bill into the Nebraska State Legislature that would especially criminalise people with HIV (and viral hepatitis) who assaulted a peace officer through body fluids - notably by spitting, or throwing urine at them. (Neither of these risk HIV exposure.)

In both cases, PJP reacted swiftly to the threat. They worked closely with advocates in Nebraska to fight against the proposed body fluids assault bill and despite local media coverage that appeared to suggest strong support for the bill, local advocates reported (in a private email to the various PJP workgroups - full disclosure, I’m a member of the media workgroup) that because of opposition testimony from ACLU-NE and Nebraska AIDS Project, good questions were raised by some Senators on the committee that may lead to them to seriously consider blocking this bill’s passage.

And last night, PJP put out a press release that highlights Rep. Taylor’s “ignorance in the first degree”.

When HIV-related ignorance and stigma emanates from the mouths of politicians and lawmakers, this becomes state-sponsored ignorance and stigma - the most dangerous kind, the kind that can lead to HIV-specific criminal laws, or provisions that turn misdemeanors into felonies resulting in significantly longer sentences for people living with HIV than those without.

Treating people with HIV as potential criminals when in fact we pose no real threat with the kind of behavior politicians believe is ’dangerous and criminal’, takes away our human and civil rights and furthers the public’s and media’s perception that people with HIV are something to be feared or hated.

PJP’s powerful and coordinated response is the kind of advocacy in action that needs to be replicated wherever the rights of people with HIV are threatened by ignorance and stigma.

The full text of the press release is below. It can also be downloaded as a pdf here.

New York, February 9, 2010 - Leading public health officials and advocates for people with HIV responded swiftly to news that a Montana state legislator, while testifying in favor of retaining the state’s death penalty statute, suggested that prisoners with HIV make paper “blow darts”, put their blood or saliva on them and throw them at prison guards in an attempt to kill them.

A video of the legislator’s comments was posted earlier today by blogger Don Pogreba at the Montana-based website intelligentdiscontent.com.

According to the federal Centers for Disease Control, HIV is not transmitted by saliva, and HIV in blood dies quickly after being exposed to air. HIV-infected blood does not survive outside the body long enough to cause harm, unless it penetrates mucus membranes.

The Positive Justice Project, a program of the New York-based Center for HIV Law & Policy, is a coalition of more than 40 public health, civil liberties and HIV/AIDS organizations combating HIV criminalization and the creation of a “viral underclass”; they oppose laws that treat people with HIV different from how those who do not have HIV, or who do not know their HIV status, are treated.

The Center’s executive director, Catherine Hanssens, said “Rep. Janna Taylor’s remark is ignorance in the first degree. Quite frankly, it is typical of the ignorance we had to deal with decades ago, early in the epidemic, when little was known about how the virus was transmitted. It is astonishing that an elected official today could be so fundamentally uninformed.”

Julie M. Scofield, executive director of the National Association of State and Territorial AIDS Directors (NASTAD), said “My plea to Rep. Taylor and legislators at all levels concerned about HIV is to do your homework, talk with public health officials and get the facts. Spreading fear about HIV transmission will only set us back in the response to the HIV/AIDS epidemic in Montana and every other state in the U.S.”

Other experts from Montana and national organizations also commented on Rep. Taylor’s remarks:

“Ms Taylor’s statement just shows the need for greater support and funding for HIV education and prevention in the State of Montana. Unfortunately, misinformation such as this is all too prevalent, leading to pointless discrimination and myth-based fears and policies. After 30 years of dealing with HIV, the public should be much better informed about its transmission. No wonder HIV infection rates haven’t stopped.” --- Gregory Smith, co-chair of the Montana HIV/AIDS Community Planning Group, a licensed mental health counselor and a person living with HIV

“I am disturbed and disappointed to hear such misinformation coming from a local government official, but sadly I am not especially surprised. As we enter the 30th year of this worldwide epidemic I am frequently reminded of the need for continued education and outreach, the facts are still not clearly understood by the general masses. Perhaps if we were more willing as a society to discuss more openly the risk behaviors that transmit the virus we would not find ourselves responding to such an insensitive and false statement.” --- Christa Weathers, Executive Director, Missoula AIDS Council, missoulaaidscouncil.org

“The comments made by the Montana Legislator really demonstrate total ignorance about how HIV is transmitted. If elected officials don’t understand the basic facts, how can we expect young people and those at greatest risk to understand them?” --- Frank J. Oldham, Jr., President, National Association of People with HIV/AIDS, napwa.org

“This is an example of people with HIV, especially those who are incarcerated, being stigmatized and used as fear-fodder by politicians whose ignorance and quickness to demonize people with HIV outweighs common sense and two minutes of Google research. Even when someone is exposed to HIV, a 28-day course of anti-HIV drugs used as post-exposure prophylaxis is effective in preventing HIV infection. It also isn’t a death sentence; those who acquire HIV today and have access to treatment generally don’t die from AIDS.” --- Sean Strub, founder of POZ Magazine, a 30 year HIV survivor and senior advisor to the Positive Justice Project.

The Positive Justice Project is the first coordinated national effort in the United States to address HIV criminalization, and the first multi-organizational and cross-disciplinary effort to do so. HIV criminalization has often resulted in gross human rights violations, including harsh sentencing for behaviors that pose little or no risk of HIV transmission.

For more information on the Center for HIV Law and Policy’s Positive Justice Project, go to http://www.hivlawandpolicy.org/public/initiatives/positivejusticeproject.

To see the Center for HIV Law and Policy’s collection of resources on HIV criminalization, go to: http://www.hivlawandpolicy.org/resourceCategories/view/2 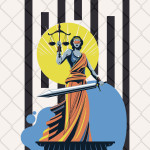