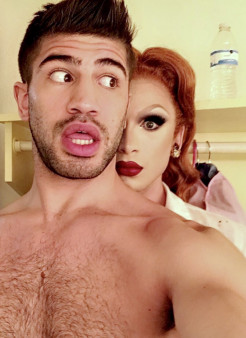 Miss Fame and I pose backstage in Indiana

Oiled Up and Optimistic!

Whether dancing with the Drag Race queens or raising HIV awareness, I began to feel hope for myself and others.

The air is humid today as what’s left of summer seeps into fall. I’ve been completely lazy lately when it comes to blogging, and I can’t figure out why. My writing is so important to me, but for some reason I’ve been putting it on the back burner. Today I’m breaking that cycle and starting to write instead of sitting and thinking. Writing is good because I get those thoughts out of my head and on the page—or the screen—where they can be used more productively.

I’m taking us back to Seattle in April 2016. I was just starting the first leg of the RuPaul’s Battle of the Seasons Tour Extravaganza. Things seemed to just be taking off in my life. I had experienced so much shame built up in my life from my using days that all of this glimmer of glamour was filling my soul with gratitude.

Every time we pulled into a new city on the tour bus, performed on a new stage, and met new people, it was confirmation that I had been missing out on something when I was too busy wishing my dreams would come true instead of doing something about it. I was overwhelmed with beauty and where my life (and talent) was taking me.

I fondly remember conversations on the bus with the Drag Race queens and Michelle Visage, and I knew then that my life was incredibly blessed because I was experiencing something that stigma couldn’t touch. 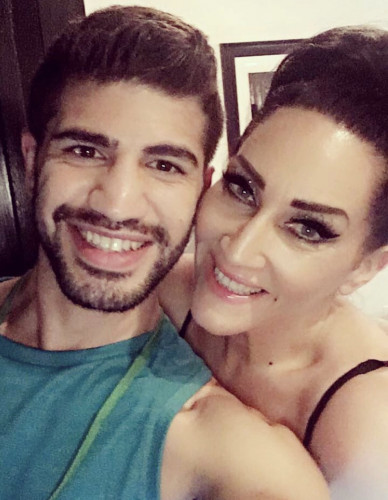 What a vision: me with Michelle Visage!

The only thing that I was sad about was missing Broadway Bares: OnDemand that year—thats the big one-night-only burlesque extravaganza that helps kick off Gay Pride jn New York and raises money for Broadway Cares/Equity Fights AIDS. But at the same time, there was something great about being on the road and raising money for HIV and AIDS through online donations to the Strip-A-Thon, it was super easy to register and start posting my fundraising link. The more we traveled, the more followers I gained on my social networks and the more awareness was spread to new audiences about HIV and AIDS and the power that even one dollar has in saving lives.

It may sound dumb to some, but I really loved getting in costume for the Drag Race tour and putting on body oil so I shine on stage while making videos for Broadway Bares, filmed by the other dancer Vinny, thanking people for their contributions and asking for more. It was so beautiful being so free and happy-go-lucky. I felt hope and optimistic regarding other people because I felt hope and optimism within myself. I wanted to share that with everyone I could. 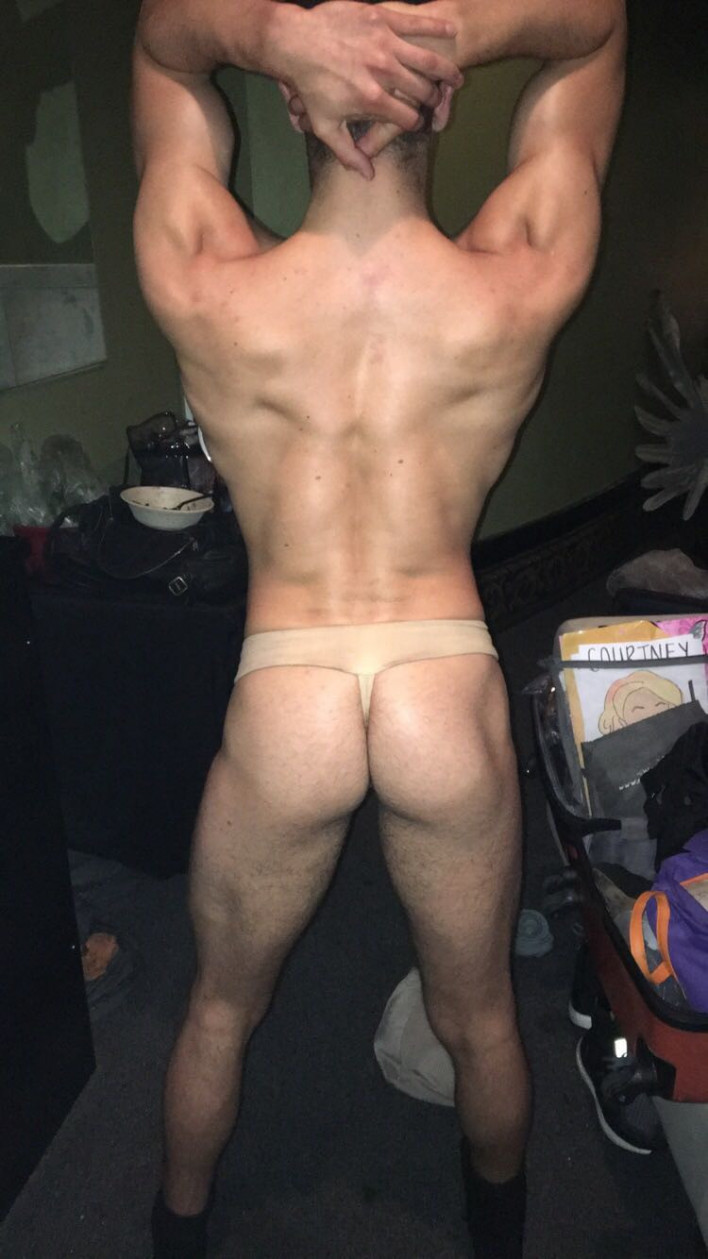 Backstage in the Midwest

I remember a quote from Under the Tuscan Sun by Federico Fellini: “You have to live spherically—in many directions. Never lose your childish enthusiasm, and things will come your way.” It resonates with me still. Positivity was pushing me forward in life; I was no longer held back by drugs and alcohol or stigma and rejection of HIV.

Jinkx Monsoon brought my Broadway boy out to the stage

I was becoming a part of the world—just a small part, but a part of it nonetheless.