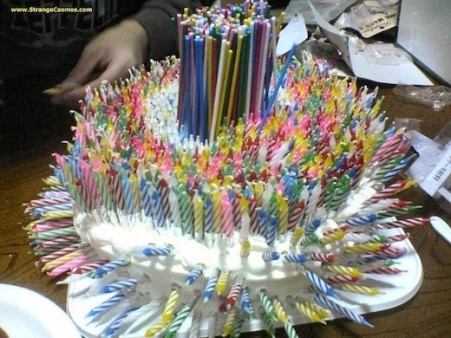 Hope. Before 1996, just saying the word -- just thinking it, imagining it -- was thought of as naive, foolish, a clutching at straws. While never letting go of hope, even in my darkest moments, I nonetheless knew that I would die from this disease. And that my time was limited.

And when that day came -- not the cure, but a treatment no one ever thought possible -- I was suddenly faced with a future.

In 1996, just as the cocktail was introduced, I sold my meager insurance policy to a viatical company for sixty percent of its worth. A viatical company’s sole purpose is to collect death benefits when their client shuffles off this mortal coil, which, for them to benefit financially, is as soon as possible.

Every four months, I would receive an e-mail from my viatical company, always accompanied by a nice, friendly little note. ’Happy St. Paddy’s Day!’ ’It’s Your Birthday -- Time To Celebrate!’

I had no animosity toward the writers of these notes. They were just doing their jobs. They needed to find out if I was still alive. I had no ill will, either, toward the viatical company. We were business partners. We gambled: my money or my life. And I was beating the odds. Until 1996, the company thought it had a sure thing. Neither they nor I counted on my living more than a few more years.

This went on for well over a decade. The representative (I’ll call him ’Al’) who contacted me every four months became a regular. He told me he had looked at my web page and he would ask me questions regarding my career. He became a fan. (Or a stalker. You choose.) For years, we had this odd quarterly online relationship -- to see if I were still alive.

Those emails have stopped. Perhaps their time for collecting has expired. Or they’ve given up on me. I guess I won. And I wonder how Al is doing -- whether he got a promotion. Or quit his job to pursue his unfulfilled life as a chef or romance mystery writer or circus performer. I wonder if he thinks of me and wonders how I’m faring.

Each time I received one of the company’s happy e-mails, I usually resisted the urge to write a snappy note back, like: ’Haven’t died yet. Have a nice day!’ I’m was usually very pleasant and simply stated, ’No changes. Happy [fill in the blank] to you, too.’ Sometimes, however, in this life of highs and lows, I was not in such a good mood. And, in these times, I dispersed with the niceties and simply wrote, ’Still here.’ An apt assessment, I think. Not ’Haven’t died yet’ and not ’No changes, happy Valentine’s Day.’ Just: ’Still Here.’