Study Hints At Benefit from Antioxidant Supplementation in Persons with Tinnitus

Tinnitus is the perception of sound in the absence of an external stimuli. This condition affects approximately 10% to 15% of the population; its cause is unknown and the underlying mechanisms are not understood. Oxidative stress (yes, I know, often blamed for everything from debilitating fluoroquinolone reactions to acid rain!) is thought to possibly be involved in tinnitus. And since there are pretty much zero effective treatments for it (although one friend is reporting success with-- surprise-- weekly acupuncture sessions, and I would try two herbal formulas-- Tian Ma Gou Teng and Er Long Zuo Ci, the latter just a tweak of Liu Wei Di Huang, mostly in the addition of magnetite, which oddly enough may act as a very gentle chelating agent-- just to rule them out), antioxidant supplementation has been studied as potential supportive options.

I’m mostly embarrassed by the circular, superstitious and just generally ridiculous exercises that pass for thinking in Chinese medicine (and acupuncture “differential diagnoses” for that matter), but if you’re high or brain impaired or just desperate you might have a look at this rather extensive review of the topic (from 2018) by my (sigh) accrediting body, the NCCAOM.

According to a new study published last week in Nutrients, researchers investigated the effects of antioxidant supplementation in patients with tinnitus. Oxidative stress can lead to cellular changes in hair cells, apoptosis, cochlear degeneration, and changes in supporting auditory and neurological structures. Previous research has shown that higher plasma levels of oxidative stress markers and lower antioxidant activity have been documented in tinnitus patients compared with healthy individuals.

This was a randomized, double-blind, placebo-controlled clinical trial including seventy patients ranging from 25 to 75 years of age over a 12-week period. The patients were randomly divided into two groups, an antioxidant supplementation group or placebo. The antioxidant group consumed one multivitamin and mineral complex along with alpha-lipoic acid (300 mg twice daily on an empty stomach). Clinical and laboratory assessment included serum total antioxidant capacity, oxidized LDL, superoxide dismutase, tinnitus loudness and frequency, and minimum masking level. In addition, scores in Tinnitus Handicap Inventory questionnaire, Tinnitus Functional Index, and Visual Analogue Scale were completed at baseline and at the end of the study.

After the 12-week treatment period, measures of tinnitus loudness, minimum masking level, Tinnitus Handicap Inventory, and Visual Analogue Scale significantly decreased from baseline only in the antioxidant supplementation group. There were significant improvements in hearing thresholds across all frequencies, with the overall changes being significantly different at the frequencies of 250 Hz, 2000 Hz, 4000 Hz, 10,000 Hz, and 12,000 Hz. Improvements in frequencies between 250 Hz and 8000 Hz are clinically significant, as these are the frequencies used for speech recognition and in which tinnitus patients could benefit for better understanding speech and language.

There were also insignificant changes in serum TAC, SOD, and oxLDL levels. This study demonstrates that supplementation with a multivitamin and antioxidants may help reduce the discomfort and intensity of tinnitus. Lipoic acid has been well researched to show neuroprotective properties and B vitamins play an essential role in cell metabolism as well as healthy nerve function.

Of course, since I’m of a Bloomberg mindset mostly (minus the trusting in “god” part)-- “show me the data”-- I would do nutritional testing first to see what might be low/high. But it will set you back a cool two or three hundred dollars.
https://www.gdx.net/core/sample-reports/nutreval-fmv-3000-sr.pdf

Nutrients essential to optimal myelin integrity and function (basically, the insulation for your nerve fibers) include B1, B9 (aka folate), B12, omega 3 fatty acids and iodine-- so you might want to cover those bases as well. Folate and B12, of course, need to be methylated into their active forms in order to be used by the body and brain, so also consider that.

I’m mostly adverse to pill popping, even vitamins or other supplements. Food sources of lipoic acid include spinach, broccoli (especially broccoli sprouts-- and you can sprout your own), tomatoes, peas and Brussels sprouts while you’ll get most of your B vitamins (other than B12; here you kind of have to head for clams or liver-- or Brewer’s (now sometimes called “nutritional”) yeast) from dark leafy greens along with legumes, seeds and-- sorry, vegans- meat, eggs and dairy. Terry Wahls (MD) has a fantastic food plan for this. Even though she is growing a bit more uncomfortably mercenary, her Citizen Scientist personal story remains hugely inspirational.

If this is the first you’ve heard of her, she’s the Iowa MD-- married to a woman-- who had her Come to me, Jesus moment when she realized even the most advanced and sophisticated Western medicine was going to consign her to life in a wheelchair, unrelenting pain, dementia and progressive neurological decline if she didn’t take her health into her own hands. She discovered the IFM, began to do her own research online (rage against "Dr. Google" all you like), changed her diet (in a nutshell, Daily: greens, cruciferous, berries; Monthly: organ meat, seaweeds), put her MS into remission, and now lectures and coaches the world over. Find out more her here or search for her TedX (not her best) or other YouTube appearances. 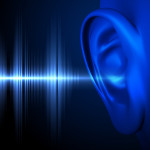