In the recent issue of Poz, the magazine listed 100 activists and educators in the HIV/AIDS community- The Poz 100.  I read on twitter that ACT UP Wisconsin thought it seemed a little elitist.  It’s a tough call, because there are so many people out there doing incredible work.  I’m thankful for the list because it makes me aware of people’s work whom otherwise I’d have remained in the dark.

I know quite a few folks who I look up to who aren’t on the list.  I could list them here, but I’d probably accidentally leave someone out and make myself vulnerable to a lingering awkwardness, so I’ll refrain from listing anyone at this particular time.  All in all, I do think the Poz 100 list is a fun idea, and a reminder of the many fields in which we must continue to focus our energies- whether it’s education, the political arena, prevention, etc...

If, for some reason the Poz 100 is a gateway issue to other considerations in the community, such as an annual Poz’s Sexiest Man Alive, I figure it’s not too early to throw my hat into that ring.  One look at the photo below, and I think you’ll understand why it would be damn near criminal not to have this positoid (or this picture) on the cover of that issue.

If a Sexiest Man (With AIDS) Alive issue ever comes to actual fruition, I look forward to the honor, which shouldn’t be too far off in the distance. 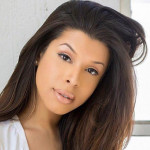 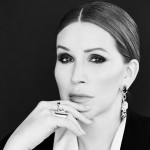