The Winner Olympics with Lennox Lewis

Twitter
Facebook
Pinterest
Tumblr
Email
Advertisement
I had the coolest thing happen on Twitter a couple of weeks.  As Gwenn and I were keeping up with the Winter Olympics, I noticed a post by a former Olympic Gold medalist.  “Surfing the internet...”

It was made by none other than Lennox Lewis, the last reigning unified champion of the heavyweight division, respectfully.  Now Lewis focuses on his broadcasting work with HBO and, occasionally, wastes time on social networking sites just like I do.  As I watched the glory (and agony of defeat) of the Winter olympians, I decided to RT Lewis and hashtag it with “The Winner Olympics”, saying he wins for most boring tweet by a former Gold medalist.


Well, I was stunned when, minutes later, Lennox Lewis himself replied!  That’s my response above, like a fanboi I RT’d his response because every other celebrity I’ve written to on there has ignored me.  Aside from just the the utter cool factor of this exchange, Lewis always carried himself with honor in the ring, retiring in 2005 after one of the bloodiest brawls of all time against Vitali Klitschko.  Whereas most celebrities don’t respond to me on Twitter, Lewis is smart enough to know that HIV can’t be transmitted through tweeting and retweeting... I know, I know- being ignored has nothing to do with my HIV status.  But I do feel compelled to share a story about Lennox Lewis that I’d kind of forgotten about.

Back in 1995, Tommy Morrison had his last legitimate fight against Lennox before testing positive for HIV and retiring from the sport.  When it was suspected that Tommy Morrison likely, and unknowingly, carried HIV into the ring with him for his bout against Lewis, the former Olympian was asked about it just as the news was breaking. It could have been an opportunity to cause panic, but Lewis responded with calm.  He got tested and it came back negative.  (He’d pummeled Morrison pretty good in that fight.)

That fight is merely a footnote in his a career that includes a knockout of Mike Tyson and two wins over Evander Holyfield (one was an official draw, but Lewis won that fight handily), among many other noteable achievements.  But as a positoid, I tip my hat to him- belatedly- for how he dealt with HIV back in 1996.

If you’re a fight fan, you know that tonight Manny Pacquiao is fighting underdog Joshua Clottey in Cowboys Stadium in Dallas.  I’m calling the upset: Clottey wins in round 5.  Why?  Because a thinblood never bets against a guy with the word “clot” in his name!

To read about my last fight and how, unlike Lewis, I retired after a defeat, check out my 1998 Poz column, Kid Gloves. 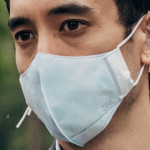