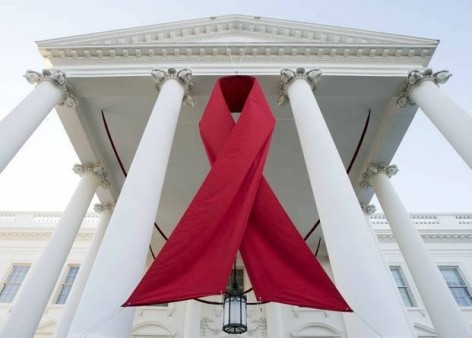 These actions from the Trump administration harm the HIV community.

These actions by the current administration pose serious threats to the health and well being of LGBT Americans, but they also pose a threat to hundreds of thousands of Americans living with HIV. What’s more, the Trump administration’s neglect and mistreatment of the LGBT community seems to extend to our own HIV community as well. Time and again, this administration has demonstrated an indifference to the well being of those affected by the disease, pursuing policies and promoting funding cuts that would do lasting damage to efforts to end the HIV epidemic in the United States.

While reports that President Trump complained that all immigrants from Haiti “had AIDS” were beyond troubling, even more alarming are the steps he and his administration have taken to undermine our national progress to end AIDS. In his 2018 budget request, Trump proposed, among other things:

His recent FY2019 request did much of the same.

What’s more, his administration’s strategic plan for Health and Human Services hardly referenced HIV or STDs, while completely ignoring LGBT needs, failing to include a single reference to them. He similarly failed to mention the LGBT community’s unique needs in his World AIDS Day remarks as well. This culture of silence appeared like it was expanding into official policy when reports surfaced that staff at CDC had been instructed not to use specific words when drafting their budget justification documents for Congress, including “transgender” and “evidence-based,” among others.

President Trump also dismissed, without any warning or explanation, all remaining members of the Presidential Advisory Council on HIV/AIDS (PACHA) in December while everyone was away celebrating the holidays, and still has not announced any replacements. Perhaps equally as troubling, Trump has yet to appoint a head of the White House Office of National AIDS Policy as well.

We continue to hope that this administration will recognize that providing care and prevention services for people living with and vulnerable to HIV is both a moral and public health imperative. However, absent a 180 degree turn in White House health care policy, we will have to rely on Congress to do the right thing – a prospect that’s also far from assured. That’s why we are counting on you to register and join us for this year’s AIDSWatch in DC on March 26th and 27th.  Learn more about this year’s event here and join us in urging Congress to stand up to this administration’s deliberate efforts to divide us and demand fair and immediate action to protect all Americans’ health.