How can you commend those fighting the epidemic and also try to demolish health care for Americans?

World AIDS Day is a time to remember. It is a time to commemorate, to mourn, and to hope. World AIDS Day is a time when we look back on all of the progress we have made in more than three and a half decades of fighting this virus and take stock what we must do going forward to see that progress continue. The past may very well be prologue to the actions we take to end the HIV epidemic in the present, but that past is lost if we do not invest in our future.

In his first World AIDS Day Proclamation, President Trump rightfully commends those who live and work on the front lines of the HIV epidemic in America and abroad. However, such honoring declarations ring hollow if they are not matched with vigorous action and substantial funding. It is fitting but not enough to place a giant red ribbon on The White House, to sign a presidential declaration on Dec. 1. The process of honoring and supporting those living with and affected by HIV should not be something that happens one day a year. Rather, it must be a ceaseless and ever-present enterprise that is measured as much in demonstrated political will and needed resources as it is in rhetoric and ribbon. 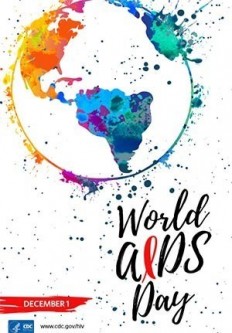 Over the past 10 months, the Trump Administration has routinely endorsed and instituted policies and budgets that will prevent people living with and affected by HIV from having access to the treatment, prevention and support services that they need to live healthy, fulfilling lives. The administration’s repeated attempts to repeal the Affordable Care Act (ACA, or Obamacare) and to sabotage its implementation and their support for a tax plan that together will rip away health care from tens of millions of Americans are the actions of an administration that fails to prioritize the health and wellbeing of the HIV community.

President Trump, in his World AIDS Day declaration, notes the success achieved in reducing the number of annual new HIV infections by 18 percent between 2008 and 2014. I would hope that the president and members of his administration understand that it is impossible to continue to significantly reduce new HIV infections and to end the HIV epidemic through the implementation of policies and budgets that siphon away resources from HIV service providers and leave people living with and affected by HIV unable to receive the care, HIV education, and services they need.

We encourage the administration to live up to the ideals put forth in the president’s World AIDS Day proclamation by ceasing to support the grossly unfair tax plan being put forward in Congress the Senate and by immediately stopping all attacks on and undermining of the ACA and working with members of both parties to find ways to improve the existing health care system and to strengthen the social services safety net. These actions, along with a renewed commitment to the Ryan White HIV/AIDS Program, robust financial support for global HIV/AIDS programs, including PEPFAR, and increased funding for HIV and STI prevention and research efforts at the CDC and NIH, would go a long way towards demonstrating that President Trump is serious about using the inspiration of World AIDS Day to end the HIV epidemic.