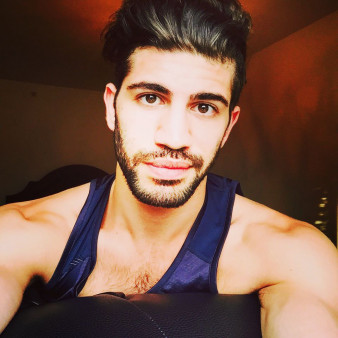 Would I Choose Escape Over My Own Happiness?

History (or is it more like tragedy?) tries to repeat itself. Read about the events that led me to a dark decision that I was about to make.

The time is getting late on a Tuesday night while I watch last week’s episode of Project Runway. The kitchen still needs cleaning from the dinner mess I made. The menu was simple. I served a delicious medium-rare roast for my boyfriend and couldn’t help thinking how fortunate I am to have the relationship I have today where I can make a great dinner and feel loved and appreciated.

It wasn’t always like this. A past relationship taught me a lot about what I don’t want in a life that I share with someone else. I needed to go through it to get to where I am today, but there’s so much of that story to tell.

I last left you, well technically left Collin, after calling the cops and getting my things and leaving him behind to deal with his issues because there was no way I would be able to fix him and myself. I had made the decision to put my life first and work on myself. I had so much growing to do, and I would only get messed up trying to help him.

In my last entry, I spoke about my “built-in forgetter” that often times turns out to harm me. So it may not come as a shock that when Collin called me the next morning, I answered and it didn’t take him too long to convince me to meet him for lunch to talk about the events that occurred the night before.

As I sat and listened to him apologize, I also heard a voice in my head fighting me on my actions. I knew deep down that getting back with Collin and giving him another chance would be bad for me, but I did it anyway. Then this became the routine. He would do something to hurt me,  we would argue about it but I would stick around. When he wouldn’t come home at night, I would lie in bed, unable to sleep. I would call him over and over with no answer on his end. The voicemails I left on his phone would gradually escalate from upset to sad, mad to distraught. When he would finally turn up, we would have hour-long conversations and he would promise not to do it again. But one question remained unanswered: Why was I staying with him?

I was so scared to find out what there was out in the world. I was so nervous there wouldn’t be anything better for me. I was stuck in the cycle, and I had no idea how to break out. It started to wear on me. My friends would tell me to break up with him. My family hated to hear what I was putting myself through. Collin was another HIV-positive man struggling with his own issues, and I was still living in my own stigma of HIV and from being newly sober. Who else would want someone so broken?

He would leave me in a state of dependence. I felt like I had to be attentive to him when he needed me and I had to beg for his attention when he was neglectful. I didn’t want to use drugs. I didn’t want to feel this way. I wanted it all to be perfect like the few mornings we would wake up and have coffee, singing and dancing around after a morning meditation.

In late September 2015, things went downhill. Collin told me he was going to Fire Island for the weekend with friends while I went to Atlantic City for the Miss’d America Drag Pageant to back up dance for a fierce queen. I was so nervous that he’d go off the handle that weekend and use every drug. I would get on phone apps and search areas he was in and find that he was online and having drugged up sex. I was in a constant state of discomfort and holding my breath. We were in two different places, and all I wanted to do was escape. Even with a winning queen and a great reason to celebrate, all I wanted to do was isolate. 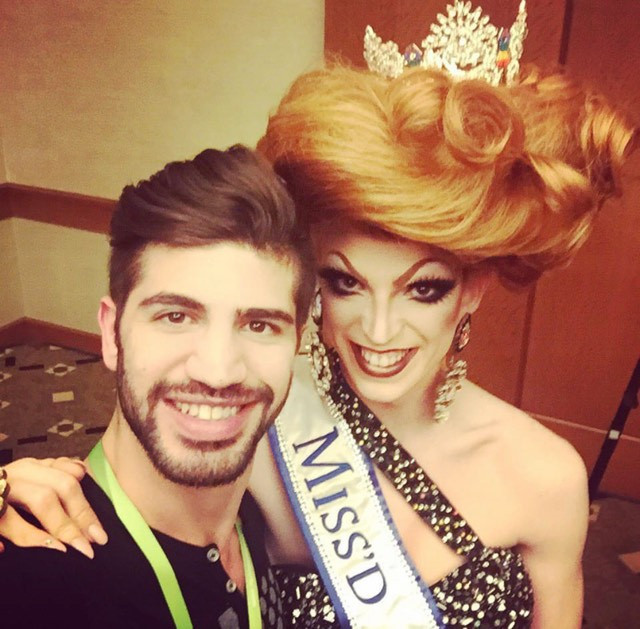 The next morning when I got back to New York, Collin reminded me that the apartment had some Airbnb people coming to stay that night and that I would need to finish whatever work the cleaner couldn’t get to. All I wanted to do was get home and relax and put on a Sunday movie and order Seamless. I was resentful and wanted to breathe and be in my own home to be reminded that it was actually my home. I jumped online to search for guys that were using meth. I found it quickly, and stormed out of the apartment to leave the apartment in whatever state it was.

I arrived on the east side and as I walked through Gramercy, I passed a few friends coming from a Twelve Step meeting. We had some small talk with them congratulating me on getting six months sober just a day earlier. When they asked where I was off to, I said to hang out with some friends for the evening. I didn’t know who the heck these guys were that I was going to spend time with. All I know was that they promised the escape I thought I needed. Running into my actual friends on the street was like the universe was putting a fork-in-the-road right in front of me, and one of the paths led to a dead end—or like it led right off a deadly cliff. But I was just ready to drive myself full speed off the edge to udder misery.

But as I arrived at this apartment, I suddenly felt like I wanted to turn around. I had a decision to make: to use meth or not to use meth. I asked the host if I could rinse off in the shower quick, and he held the pipe in my face and asked, “Wanna hit this first?”