Twelve weeks of Bristol-Myers Squibb’s daclatasvir and Gilead Sciences’ Sovaldi (sofosbuvir) offered a hepatitis C cure rate of 97 percent among those with genotypes 1 through 4 of the virus who were coinfected with HIV. Researchers presented their findings of the Phase III open-label ALLY-2 trial at the 2015 Conference on Retroviruses and Opportunistic Infections (CROI) in Seattle.

The trial randomized 151 treatment-naive participants so that for every two people who were assigned to receive 12 weeks or treatment one person was assigned to eight weeks of treatment. Another 52 treatment-experienced participants were treated for 12 weeks. All participants took daclatasvir, with a benchmark dose of 60 milligrams—which could be adjusted to 30 mg or 90 mg, depending on the individual’s HIV treatment regimen—and 400 mg of Sovaldi, taking each medication once daily. The participants included those with compensated cirrhosis.

Ninety-seven percent (149 out of 153) of all those treated for 12 weeks achieved a sustained virologic response 12 weeks after completing therapy (SVR12, considered a cure). This included 96 percent (80 of 83) of the treatment-naive people with genotype 1 of hep C.

Just 76 percent (38 of 50) of those who were treated for eight weeks were cured.

No one stopped taking treatment because of side effects, and there were no serious side effects reported. 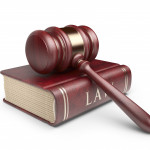 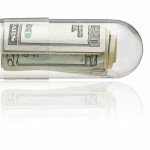