Schools Across the Globe Deserve Dunce Caps for HIV Discrimination

It’s been 28 years since Ryan White was coldheartedly kicked out of middle school in Indiana for no other reason than his HIV status. Since the 1980s, plenty of things have changed: We have more antiretroviral drugs; the meds have gotten easier to take; and treatment has been proved to double as prevention. Unfortunately, what hasn’t changed is people’s understanding of the fact that HIV cannot be transmitted via casual contact. Therefore we continue to see the cruel and pointless discrimination of HIV-positive children at school. A highlight of recent cases by nation or state:

Tanzania: Students with HIV in multiple schools are being forced to wear red ribbons sewn to their school uniforms. One headmaster claims that students’ parents requested the ribbons to indicate the children should be excused from strenuous school tasks. Advocates are challenging the issue in court.

India: Twenty-two children from an AIDS orphanage in Chennai attending a nearby school were allegedly expelled after parents of fellow (HIV-negative) students expressed concern for their kids’ safety. After nearly a year—during which the perturbed parents attended HIV education programs—the pupils were re-admitted.

New Zealand: A 4-year-old boy was allegedly kicked out of his kindergarten class because he has HIV. His older HIV-negative siblings are also being threatened.

Pennsylvania: The Milton Hershey School rejected the application of a 13-year-old student living with HIV. He was allegedly denied admission because his “documented needs are beyond the scope” of school programs. The case is under legal review. 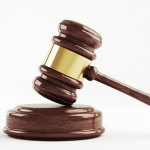 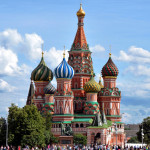