Back From the Brink

If talk is cheap, silence is not. The “Digital Life Sacrifice” of 19 celebrities helped raise $1 million for the international HIV/AIDS organization Keep a Child Alive (KCA)—and they didn’t even have to say a word.

On World AIDS Day 2010, celebrities such as Alicia Keys (who cofounded KCA with Leigh Blake), Lady Gaga, Kim Kardashian, Justin Timberlake, Usher and P. Diddy signed off from all social network platforms, vowing to stay in their digital coffins until their fans donated $1 million to KCA.

“The campaign was designed to be provocative and shocking,” said Louise O’Shea, a KCA spokesperson. “Artists were ‘dead’ in order to give real life to millions of those affected by HIV/AIDS in Africa and India through the public buying their online lives back.”

And buy their lives back they did, if not without some controversy. Five days into the campaign, celeb silence had garnered only $300,000 and singer Usher spoke from the beyond with several tweets. Critics clamored that the campaign overestimated their celeb power and aimed too high with the minimum text donation set at $10.

“We never thought we’d be able to raise $1 million overnight,” O’Shea said. “We did have passionate, galvanized artists who were with us every step of the way. They understood it would take some time and were completely behind us.” However, six days into the campaign, KCA announced it hit its goal, albeit with the help of a $500,000 donation from pharmaceutical entrepreneur Stewart Rahr.

KCA—which provides care, nutrition and support to children and families with HIV/AIDS in Africa and India—will now be able to fund a clinic in Uganda, run a child rescue program in South Africa for three years or provide a year’s supply of medicine, food and support to 1,500 orphaned children in South Africa.

Talk about raising the dead! 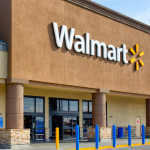 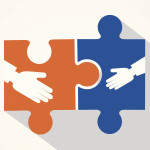