Tomorrow’s Treatments (And Some For Today)

The drug development pipeline currently holds very few new meds to suppress HIV. But on other fronts, drugs to help with side effects and coinfections are here or on their way.

Clear hepatitis C
Telaprevir, the first protease inhibitor (PI) for treatment of hepatitis C, awaits FDA approval. The PI has proved effective for people with hard-to-treat hep C genotype 1. In trials, adding telaprevir to standard hep C treatment (pegylated interferon plus ribavirin) shortened treatment time and cleared the virus in people who had previously failed to do so.

Although the original clinical trials did not include people coinfected with HIV, several preliminary studies do, and telaprevir is expected to be effective (and not to interfere with HIV meds) in coinfected people.
Defeat diarrhea
Crofelemer, a compound made from the plant sangre de grado, or dragon’s blood, has shown it can alleviate HIV-related diarrhea. The drug is currently in late-stage clinical trials, and its manufacturer, Napo Pharmaceuticals, could seek approval from the FDA this year. 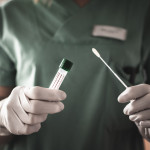 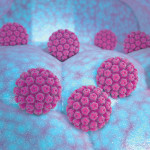