Harvard’s Massachusetts General Hospital HIV Clinic improved the health of HIV patients by creating an enhanced system of electronic alerts that updated their physicians about their health status.

According to the Annals of Internal Medicine, researchers randomly divided more than 1,000 HIV patients into two groups. For one group, 33 participating health providers received emails every other week in the event of a patient’s virologic failure, of any evidence that he or she was not keeping appointments and of any out of 11 new abnormal lab results. The emails included hyperlinks to lab results, information on appointment histories and records of past alerts. With a few clicks of a mouse, providers could then stage a health intervention: ordering new labs or scheduling an appointment.

For the control group, providers only received these alerts on the patient’s medical records page, and without the additional information or hyperlinks. Patients in the first group saw a monthly CD4 cell rise of 5.3, compared with 3.2 cells in the control group, and also had lower rates of missed appointments.

Gregory K. Robbins, MD, an infectious disease doctor at Mass General and the study’s principal investigator, says, “I think the study worked mostly because we got patients in on a more regular basis.”

He argues that other clinics, even those without sophisticated e-records, could help prevent losing patients to care if they created a system that alerts the clinic to early warning signs. 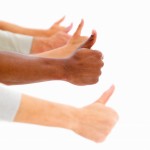 People With HIV Have High Rates of Smoking, Low Rates of Quitting