A Place at the Table

If PWAs were Dorothy and friends, and the Halls of Power were Oz, by 1995, the Emerald City’s gates had opened. After 12 years of Reagan-Bush indifference, Bill Clinton occupied the White House—the first president to court AIDS activists and to boast a boatload of PWA-pleasing promises. Bob Hattoy, the gay PWA who had addressed the 1992 Democratic National Convention and come to work in the White House employment office (and later the Department of the Interior), recalls the period as “a magical and hopeful time” for PWAs. “We’d been shunned, and suddenly, the activism on the streets was becoming policy.” Crucial to the change, says Hattoy, was “the charisma of Bill Clinton. He put the power of the presidency in our corner.”

Hattoy wasn’t the only one who thought so. PWA activists such as Treatment Action Group (TAG) cofounder Peter Staley found that, when it came to working with the feds, “not only were our phone calls returned, they were calling us.” The new glasnost wrought a stunning turnaround in policy, including a fast-track drug-approval process and an overhauled Office of AIDS Research.

But in 1994, the Republicans seized control of Congress—and Clinton caved in many ways, from signing a ban on HIVer immigrants and an anti-PWA welfare-reform bill to a refusal to back needle exchange. Despite I-feel-your-pain rhetoric, hopeful appointments and increased access, the AIDS community felt fatally burned by Clinton’s re-election. In the May 1996 POZ, publisher Sean Strub wrote that Clinton’s “promises and subsequent inaction and manipulation has left him with a shameful AIDS legacy that no election-year PR scheme can erase.” But Clinton’s AIDS inaction would pale next to the hostile domestic policies of his successor…one more reason why Hattoy recalls that mid-’90s moment as “remarkable”—and loyally maintains, “I still love Bill and Hillary Clinton."

Man of the Year: Larry Kramer

We all know Larry Kramer, or think we know him,” wrote Andrew Sullivan, prefacing his 1995 POZ interview with AIDS’ Angriest Man. “The father of AIDS activism...the founder of GMHC and then ACT UP, the pain in the ass of most AIDS organizations, the hysteric and seer.”

Enter Kramer, who had stop-the-presses words not only for his famously Catholic interviewer (“Why do you need serenity?”), but for Clinton’s no-needle-exchange health honcho Donna Shalala (“Evil, evil, evil”), the “stupid dumb assholes who run NIH,” his parents (“my father was depressed, my mother was a Pollyanna”), his childhood (“I tried to kill myself”), his new lover, distinguished architect David Webster (“he’s not afraid of death at all”) and, finally, himself (“I’m terrified of death”).

A near-decade later—and two years after he received a lifesaving and highly publicized replacement for his hepatitis-ravaged liver—Kramer, 68, says he is “totally fine again” and insists that he’s his old ornery self, mostly via Internet activism, “as any of the dozens of people I blast each week will tell you.” He’s delighted by the New York City revival of his landmark 1985 AIDS play The Normal Heart (“Everyone is in tears just watching the rehearsals”) and says he still “follows AIDS closely, every day.” He says the surge of new crystal-meth–related infections in young gay men “breaks my heart,” but adds in the next breath, “I’m afraid I don’t have much sympathy for people who get infected now, knowing what they should.”

One thing he knows: “God, I’m so lucky to have such a wonderful lover,” he gushes over Webster, his partner of nearly nine years. And he’s still writing away—mainly on “The American People: A History,” a 3,000-page-plus opus he began in 1979. “I have a bunch of years more to work on it,” he says. “My editor is absolutely over the moon about it and, believe it or not, does not want to cut it at all!”

But lest you think happiness in love and work have lightened up the epidemic’s first dark prophet, just ask whether he has any new heroes. “I’m not so certain I had any old ones,” he snaps. Now that’s the Kramer we know—and still yearn to hear from, just to keep us on our toes.

The year 1995 was when I officially became a Writer. That spring I was awarded Poet Laureate of Bucks County, Pennsylvania, and came out publicly as a poet living with HIV. At the ceremony, I read a poem that included some comments about erotic safer sex. The commission that awarded the prize was more than a little upset, and the event generated such headlines as: “Poet Laureate Too Licentious for Some” and “Bucks Officials Want a Nice Poet Laureate: Some find the subject of AIDS annoying.” It was clear to me that I needed to become an activist. I started going to schools, jails, rehabs and all kinds of functions, becoming a straight, white, HIV positive poster girl. In 1995, a Philadelphia paper reported that I was working on a one-woman show, making public a project I was just beginning to plant seeds for. In March 2004, it finally came to fruition. Taking my words to the stage to perform my show, Sex, Cellulite and Large Farm Equipment: One Girl’s Guide to Living and Dying, is a dream come true. To my close friends and all of you I call it AIDS: The Comedy. I finally feel I have found a way to express myself to mainstream audiences about AIDS—and they get it.

River Huston has been a columnist and regular contributor to POZ since 1995.

Emceeing an amfAR auction, the group’s new honorary fundraising chair Sharon Stone is offered $12,000 for an item—if she’ll throw in her underwear. “Anyone who knows anything knows I don’t wear underwear,” she snaps.

Rapper Coolio hits the Top 40 with “Too Hot,” a cautionary tale: “Latex, safe sex, you better learn to get hip to the facts / Before you be yacko, end up in a box on your back.” Rhyme scheme notwithstanding, the song is an MTV hit.

Philadelphia’s afterglow nurtures AIDS-y flicks like Boys on the Side, with Mary-Louise Parker as a prim PWA, and 1996’s The People v. Larry Flynt, with Courtney Love as the Hustler publisher’s drug- and AIDS-addled wife, Althea.

January 12
The journal Nature reports startling new findings that HIV does not creep up slowly over years but wages a raging battle with the immune system from Day One of infection.

February
Olympic diver Greg Louganis announces he is HIV positive—and that he knew he was in 1988, when he hit and bloodied his head against the board in a notorious 1988 Olympics practice dive.

March
Gangsta rapper Eric “Eazy-E” Wright becomes the first hip-hop artist to shout out his positive status. I want to “reach out to my homeboys,” he says on his deathbed, “and save their asses before it’s too late.”

May
Over the objections of the Defense Department, right-wing Rep. Robert Dornan proposes an amendment to discharge HIV positive service members. It passes—but is repealed the next year.

December 14
Amid worldwide media attention, activist PWA Jeff Getty gets an experimental bone-marrow transplant from a baboon. His system ultimately rejects it, but his health stabilizes the following year due partly to protease combos. 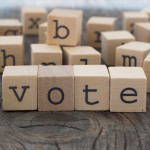