Transgender people with HIV may have to struggle for the care they need, but it’s essential to their health.

Civil and medical equality for transgender people constitutes one of the next great frontiers for our society. Right now, there’s pressure on the House of Representatives to pass the Employment Non-Discrimination Act (ENDA), a bill that would include trans people in its workplace protections of lesbians, gays and bisexuals. Every day, trans people are assaulted or discriminated against at work, on the street and often in health care settings. It’s doubly hard out there for trans people who are also living with HIV. And several studies in recent years have found HIV rates among male-to-female (MTF) trans women in large American cities as high as 30 percent—close to HIV rates in sub-Saharan Africa.

New York City’s Nadine LaVan, 50 years old and diagnosed with HIV in 1989, knows how hard the road can be for trans women like her. Born into a strict Muslim family and aware early in life that she was transgender, LaVan left home when she was about 13 and took up streetwalking in the old, seedy Times Square. “I was doing what I needed to do to survive, selling my body and—when my looks were failing—robbing people,” LaVan says. “I had a lot of teachers, all the old girls.” Over the years, LaVan saw her life upended by crack and heroin addiction, arrests and hospitalization for pneumonia related to her untreated HIV.

Then, two years ago, LaVan got clean and sober and became a client of the large, trans-friendly HIV/AIDS agency Housing Works. There she is training to be an HIV/AIDS peer educator, and the agency provides her housing assistance and medical care. “Being on your deathbed,” LaVan says, “gives you a new appreciation of life.”

At Housing Works’s medical clinic, LaVan is one of about two dozen trans clients—all but two are MTF—according to clinic director Vaty Poitevien, MD. The biggest health problem for transgender HIV-positive people, Poitevien says, is not related to HIV meds. Trans people respond just as well to meds as non-trans patients, and no serious interactions between HIV meds and hormone therapy are known. Rather, Poitevien says, the main health challenge involves the gender-bending hormone treatments. First off, trans clients must find safe, legit medical settings where they can moderate the hormones’ effects (whether masculinizing or feminizing) with doses that are safe and won’t damage their livers. Hormone therapy also tends to raise lipid levels, and that can be especially problematic for positive people who are also taking protease-inhibitor HIV meds, which can sometimes raise lipids too.

Poitevien says the biggest sacrifice she asks trans clients on their first visit is to stop taking the hormones they’ve been taking—often bought on the street—so the clinic can evaluate their health. “They see this as life or death,” she says. “They fear they’ll start masculinizing if they go off their hormones.” Not to worry, she assures them—she only needs a week or two to do the labs and get the results, and masculine characteristics like body hair and muscle are not going to return in that small window period.

But few doctors are as informed on transgender clients as Poitevien. MTF Denise Leclair, who heads the DC-based International Foundation for Gender Education (IFGE), adds that doctors need education on transgender issues. “A lot of health care professionals see hormones [for trans people] as experimental, which is anything but the truth,” she says. “I take the same hormones that my mother does because she’s menopausal—in about the same doses.” Trans people can’t get decent care, Leclair says, if their providers don’t comprehend how critical the hormones are to their overall well-being.

After an initial assessment, Poitevien often puts her MTF patients on twice-monthly injections of 40 milligrams of estrogen—in part because when people show up for the injections, they also get follow-up care. Seldom will Poitevien prescribe more than 40 mg doses, she says, because it’s not safe. “People come to me and want to be Tyra Banks in one day,” she says. “I show them Tyra prepuberty on the computer and remind them that puberty takes a few years, and we’re trying to compress it.” She may also prescribe an estrogen patch (but seldom pills, which can cause blood clots).

Barry Zevin, MD, who treats many trans patients at San Francisco’s Tom Waddell Health Center, says female-to-male (FTM) patients get the opposite therapy—injections, patches or gels to raise testosterone levels. Many FTMs, Zevin says, don’t realize they may be at high risk for HIV and other sexually transmitted infections because the testosterone therapy can hike their sex drive to that of an adolescent boy. “They are going out and having sex with anything on two feet,” he says.

Short of moving to one of those places, Leclair says, “You have to have a thick skin. People will laugh at you and call you sir if you’re tall with a deep voice, and it doesn’t even matter that you’re wearing a dress.” Leclair’s advice in this situation? “Call them on their shit and say, ‘This is not right.’” But try to say it nicely, she says, hard as that may be. “If you’re confrontational, you’re not going to get very far.”

Helpful strategies to fight isolation and depression include things like attending therapy and trans support groups—as well as becoming involved in the fight for greater transgender rights.

LaVan takes that advice to heart. She sometimes leads a trans support group at Housing Works. “I try to teach the girls not to make the mistakes I made, and for the most part they listen,” she says. Meanwhile, she is preparing to get her bachelor’s degree, saying that, in addition to peer educating, she’d like to be an event planner. “I love putting things together,” she says. She’s got a new apartment in Brooklyn, a loving boyfriend named Darick and a cat, Adonis—“a he, but I call him a she,” LaVan explains. She’s also on the patch, trying to quit her heavy smoking habit—a good thing, since smoking increases the risk of blood clots for trans people on hormone therapy. Guiding her new life is her idol—Tyra Banks. “Her beauty is refined,” LaVan says. “And she motivates people with low self-esteem. I like to do that, too.”

Trans and HIV positive? These tips will help you live safely and happily. 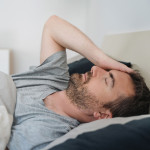 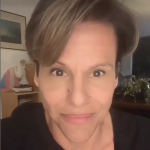