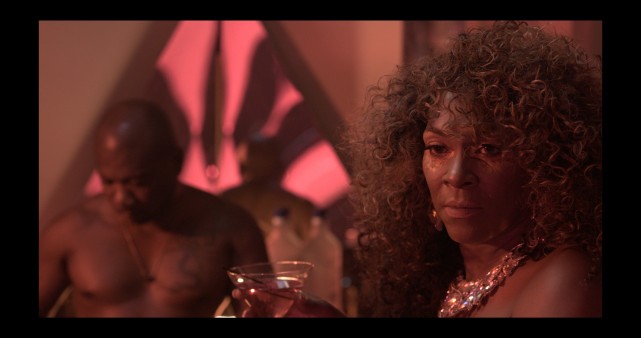 Reina Gossett, “Atlantic is a Sea of Bones,” 2017 Video still courtesy of the artist

African Americans make up 44 percent of new HIV diagnoses in the country, but their voices are rarely highlighted when our major art institutions tackle the HIV/AIDS epidemic. That will not be the case during this year’s Day With(out) Art, a series of events held annually to coincide with World AIDS Day, December 1.

For the 28th iteration of Day With(out) Art, nonprofit group Visual AIDS commissioned seven short videos that prioritize Black narratives within the HIV/AIDS epidemic. Titled Alternate Endings, Radical Beginnings, the project will be screened in over 100 museums, universities and cultural centers internationally. Later in December, the videos will be available online for everyone to view.

Curated by Erin Christovale and Vivian Crockett, the project includes video works by Mykki Blanco, Cheryl Dunye & Ellen Spiro, Reina Gossett, Thomas Allen Harris, Kia LaBeija, Tiona Nekkia McClodden and Brontez Purnell. Some of the artists are living with HIV, while others are not, and the resulting videos, which range from personal narratives to activist history, span a variety of styles—from the poetic to the abstract.

Although the subject of Black voices may seem especially timely, Crockett stresses that the project “is not specifically a response to today’s political climate. Rather it speaks to the long-term presence of Black creatives within HV/AIDS activism in spite of institutional exclusions.”

It was also important to the curators that the project include an intergenerational conversation. “Obviously, HIV/AIDS has been an issue since the 1980s,” says Christovale, “so [we wanted the project to] speak to people who have been dealing with this since then—losing friends, lovers, family members—but also address the new generation and how they’re dealing with the epidemic within the ongoing evolution of queer politics.” 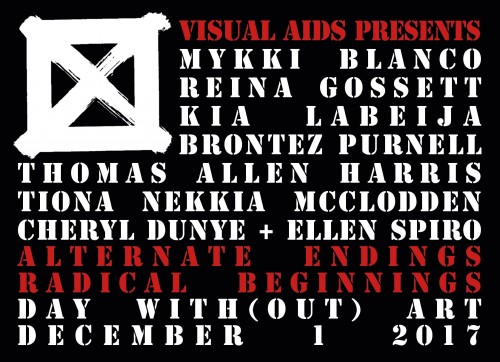 The Visual AIDS event debuted in 1989. Originally titled Day Without Art, it invited galleries and museums to cover up art—or to close and send staff to volunteer at AIDS organizations. “The idea was, and remains, to use art to mark absence and loss as well as a call to action,” explains Visual AIDS programs director Alex Fialho.

On its 10th anniversary, Day Without Art became Day With(out) Art, adding the parentheses to highlight a shift in the program to include art being created—not just covered up—as a way to raise awareness about both the epidemic and artists living with the virus.

This year’s video program premieres December 1 at the Whitney Museum of Modern Art in New York City and includes three other marquee screenings plus more than 100 additional events internationally. For more details—and to explore past Day With(out) Art projects—visit VisualAIDS.org.