The American Civil Liberties Union (ACLU) of Illinois has reached a settlement with the Bureau County Sheriff’s Office regarding a federal lawsuit by an HIV-positive man, according to an ACLU of Illinois statement. Arick Buckles, who works as an HIV/AIDS counselor in Chicago, was denied his HIV medications for seven days in 2010 despite repeated requests during his detention in the county jail. The settlement changes policies at the county jail to ensure access to HIV meds. In addition to a payment of $20,000 to Buckles, the sheriff’s office also will conduct mandatory HIV training for all jail staff. 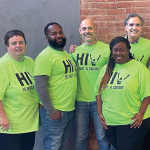