Understand the complex challenges for people living with the virus as they get older.

For people with HIV, the very opportunity to age is cause for celebration—because it means today’s treatments are allowing people to enjoy much longer lives. However, aging also brings much more complex challenges to those living with HIV compared with their peers without the virus.

Even well-treated HIV is associated with a number of age-related health conditions that can greatly interfere with well-being and physical function and tend to affect those with the virus at younger ages than the general population. In addition, antiretrovirals themselves are associated with various health risks, such as bone and kidney toxicities. The older drugs that many long-term survivors took during the 1980s and ’90s were especially toxic.

The upside is that many of these health conditions need not be life-threatening or put a significant damper on quality of life. Conditions such as diabetes are manageable with proper care, including medical treatment and lifestyle changes such as diet and exercise.

Factors that likely drive such health problems include HIV itself, particularly the state of chronic inflammation that occurs with even well-treated virus. What’s more, compared with the general population, people with HIV are more likely to have various risk factors linked with negative health outcomes, including smoking, hepatitis B and C viruses (HBV and HCV) and problems with drug and alcohol use.

A 2016 study found that lacking these key risk factors and having a CD4 count above 500 significantly narrowed the existing 14-year gap in life expectancy between people with and without HIV.

These days, people with HIV are more likely to die of smoking-related diseases than of virus-related causes. One recent study found that among those with well-controlled HIV, 25% of smokers and 30% of heavy smokers will die of lung cancer. Smoking, which drives harmful inflammation and immune-system dysregulation, is linked to emphysema and cardiovascular disease and is further associated with a host of other cancers, including those of the mouth and throat, liver, colon, kidney and cervix as well as leukemia.

The burden of cancer in the HIV population has been shifting away from AIDS-defining cancers and toward those associated with aging, most notably prostate and lung cancer. That said, the number of HIV-positive U.S. residents projected to receive a cancer diagnosis each year is expected to decline over the next decade, thanks in large part to continued reductions in AIDS-defining cancers.

Frailty, which is associated with cardiovascular disease, diabetes and death, is also a risk as people with HIV age—even before they reach age 65. Frailty is defined as having three of the following conditions: weak grip, slow gait speed on a four-meter walk, unintentional weight loss, exhaustion and limitations in the ability to engage in vigorous physical activity.

Beta Blockers vs. ACE Inhibitors: Which Are Better for People With HIV? 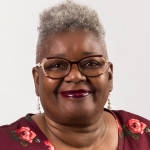 Aging With HIV: Living to Tell 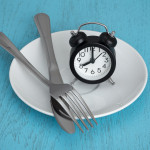