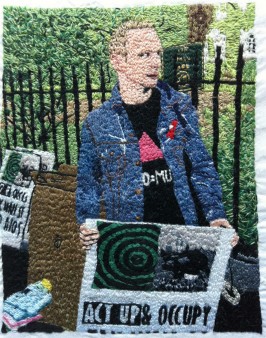 ACT UP Golden Gate holds a demonstration at Abbott Labs to demand the release of clarithromycin to treat the opportunistic infection Mycobacterium avium intracellulare. (1991)

Singapore bars a gay Christian-pop duo from Los Angles from appearing at an AIDS awareness concert, arguing that its performance would promote homosexuality. (2005)

Bill Clinton meets with members of ACT UP and UAA (United for AIDS Action) to discuss his AIDS policies, agrees to have people living with HIV speak to the Democratic Convention. (1992)

The Centers for Disease Control and Prevention and the White House launch “Act Against AIDS,” a multiyear, multifaceted initiative designed to reduce HIV incidence in the United States. (2009)

ACT UP members bring Haitian refugees with T-cell counts of less than 200 to New York from the Guantanamo detention center. (1993) 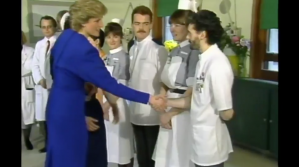 Princess Diana, in an effort to end HIV-related stigma, shakes hands with a person living with AIDS on the new AIDS ward at Middlesex Hospital in London. (1987) 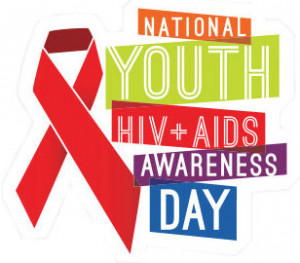 Albert J. Winn’s monograph My Life Until Now is published by Chris Rauschenberg. Winn’s photographs reflect his identity as a gay, Jewish man living with AIDS. (2015) 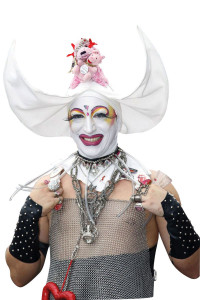 The Sisters of Perpetual Indulgence make their first appearance in San Francisco on Easter Sunday. The queer nuns of this international order devote themselves to promoting human rights and raising money for AIDS-related causes. (1979) 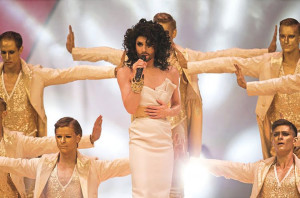 Eurovision Song Contest winner Conchita discloses her HIV status on Instagram after an ex-boyfriend threatens to go public with the information. (2018) 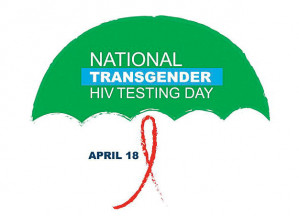 Princess Diana makes international headlines when she is photographed at a London hospital shaking the hand of a patient living with HIV. (1987)

ACT UP/NY joins ACT UP/Atlanta to protest a South Carolina provision that would allow persons with AIDS to be quarantined. (1989) 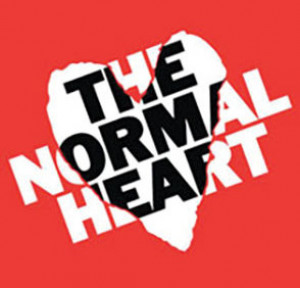 The Lesbian Caucus of ACT UP forces Secretary of Health and Human Services to meet with 15 lesbians with AIDS. (1993)

The U.S. Centers for Disease Control and Prevention issues the first national treatment guidelines for the use of antiretroviral therapy in adults and adolescents living with HIV. (1998)

The exhibition I, You, We opens at the Whitney Museum of Art featuring work by Hugh Steers. (2013)

The first Western blot blood test kit to detect HIV antibodies is approved in the United States by the Food and Drug Administration (FDA). (1987)

Falsettos—a musical that follows a Jewish New Yorker as he leaves his wife and son in 1979 for a male lover who dies two years later of a mysterious “gay cancer”—opens on Broadway. (1992)

Grahame Perry is nominated for Project Inform’s Volunteer of the Year. (1997)

St. Vincent’s Hospital in Greenwich Village closes. Founded in 1849, the hospital took in survivors from the Titanic, served as a triage center for survivors of the 9/11 World Trade Center attacks and was the epicenter of the early AIDS epidemic in New York City. (2010) 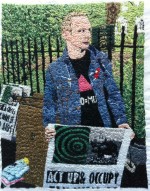 I took this off-the-cuff photograph of my friend and collaborator Ted Kerr at the ACT UP 25th Anniversary Protest on Wall Street in 2012. Embroidery has always been a feminist tactic I employ to make portraits of my friends that convey their day-to-day lives. Ted is steadfast in his activism, and his dedication to social justice is an everyday practice for him. Working in textiles allows me to take my work anywhere with me and is an everyday practice for me. I often stitch on the subway or at lectures or when I am hanging out with friends. Everyday, I see my friends, slowly manifesting images of them through thread.