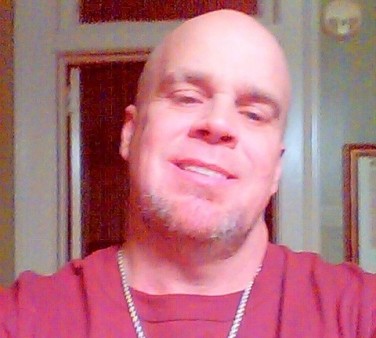 I read everyone else’s story and found them inspiring, so I wanted to share my own.

I have been with the same partner for 15 years and then some. My boyfriend and I were not having sex as a couple but were still very much together. I turned away. I didn’t feel sexually attracted to him. Long story short, I chose to have affairs.

I was infected with syphilis in 2013. I had Googled enough about it to know that’s what I had when I spotted it. I went to a dermatologist, who immediately sent me to the health department. This is where I first felt lost in the medical system. The health department encouraged me to get tested for HIV, but I refused. I was terribly afraid of finding out that I was HIV positive. I felt there was little support available—even in the gay community. At this point, I still didn’t realize that HIV was treatable. I had no idea about federally funded programs that help with the treatment of the disease. I had no idea that people accept you. I chose not to find out if I had it.

I was treated for syphilis, and my symptoms improved. However, from this point forward, things took a dive for the worse. I had many illnesses, rashes and sores that I didn’t understand. I would look things up on the Internet. I was still afraid I was HIV positive. I had all the symptoms. Sometime in late 2013, my dentist noticed some lesions on the roof of my mouth and sent me to get a biopsy. Instead of doing a biopsy, the specialists realized I had thrush and treated it with oral medication. I still think that one of the dental professionals should have told me I could have had HIV. None of them did.

I was treated for thrush, but it never cleared up. I continued with my normal checkups. I told my family doctor about the thrush, and he gave me some more fluconazole. All the while, I still thought I was HIV positive. I am disturbed that some outreach program in the gay community didn’t tell me that HIV was OK. I just thought it was a demon. I didn’t know that I would be OK.

My condition continued to worsen. I dropped from 210 pounds to about 140 pounds. Even though I still believed that I was HIV positive, I was too scared to even take an over-the-counter test and swab my own mouth. Finally, in August 2014, my boyfriend told me that if I had HIV, he would support me no matter what. (We’d talked about the possibility of getting HIV in the past.) So I visited my family doctor, who in the past year had treated me for depression, thrush and many ailments and rashes. I asked him to test me for HIV. I still can’t believe that none of the many medical professionals I visited during this time ever encouraged me to get tested for HIV. The only time I was offered the test was early on at the health department, and I had refused to take it. Maybe I would have sought help sooner if other medical professionals had given me more information and talked about HIV.

My blood was drawn for the HIV test on Friday, September 12. It was the longest weekend ever, and I was very sick. On the following Wednesday, my doctor called and asked me to come in. I refused to come in because I already knew what he had to tell me and asked him to tell me on the phone. He did. He made me an appointment with a specialist on October 2.

I left work for the day and went back to the health department. This was the only place I felt comfortable. They comforted me to a degree.

I was still very sick. I went back to my family doctor because I was having trouble breathing. He sent me for X-rays. Nothing came of the X-rays, but my life continued to spiral out of control.

I told my dad, my brother and my sisters that I had HIV and that I pretty much thought I was about to die. I made all the amends I could, but as I was still having trouble breathing. I continued to deteriorate while waiting for my appointment with the HIV specialist. At this point, I was still not sure that ultimately things would be OK.

I worked through the end of September but was barely able to make it in or focus. I had discussed my diagnosis with human resources and said I was unsure of my future. I knew I would have to take a leave of absence as my health declined. I was sent home from work after my last doctor’s appointment, as I was unable to perform any of my job duties.

Finally, it was October 2, and my boyfriend took me to the specialist’s office and one of my sisters met me there. My boyfriend warned my sister about how horrible I looked. As soon as I walked into the doctor’s office, they filled out the paperwork while I went in for an X-ray. Within 15 minutes, the doctor told me I had double pneumonia and my breathing was at 35 percent. He admitted me into the hospital.

He could not treat my HIV until the pneumonia was under control. I remained in the hospital for three weeks. For much of that time, I was getting worse—I had seizures, allergic reactions and horrible wasting. Finally, I started to get better and was out of the hospital by the end of October. The horrible stories I could tell about being in the hospital are worthy of a horror movie.

I was able to go back to work on December 1. Since then, only a year ago, I have made a somewhat full recovery. I have gained back all my weight and muscle tone. I have learned that I am OK. I will be OK. It took me a few months to get to undetectable and to get my CD4 count to normal.

Until I actually started getting better, I didn’t know what undetectable was. I didn’t know this disease could not be detected in my blood. I had no idea what a CD4 was and definitely didn’t know it could be restored. Mine had dropped to eight.

I use every opportunity now to try to reach out in any way I can to help people realize that the virus is controllable. I also let people know that the government helps people pay for their medicine and health care. I had absolutely no idea about this as I was getting sicker and sicker. You don’t ever have to get as sick as me. You don’t have to get sick at all. The health department was my only source of information besides the Internet. I was led to the AIDS Drug Assistance Program (ADAP) by the health department.

After I went back to work, gay marriage became legal. I married my partner and hold him dear to my heart. I would have never made it through my struggle without him at my side. He is still a little afraid to get tested, but we know that if he tested positive, everything would be OK.

I have finally reached (after a year) a point where I am “at peace” with my HIV. No, I’m not proud to have it. But yes, I am at peace with it. I want to use this as an opportunity to let other people know they will be OK. There are people out there to help. I have chosen today to get a tattoo on my leg. It is the word POZ, but the O is actually a peace symbol. I have designed the tattoo to mean I am at peace with being positive. I have met a few people who are HIV positive and am amazed to hear everyone’s story. I would like to volunteer and have reached out to a few agencies but have yet to find a suitable opportunity. I would like to start some type of support group or help in outreach ideas.

Helping to raise and instill great positive values in my stepson, Nick. He is now 25, and I am so proud of him.

My biggest regret is not having my mom after my diagnosis. She would have been a great part of my support team.

If I have family members with health issues, I tend to spend more time worrying than I should.

I would have reached out for help sooner. Due to my ignorance of the subject, I had resigned myself to death. Had I known, I could have addressed it sooner.

Live each moment, as it could be your last.

The long-term survivors amaze me. I haven’t been lucky enough to meet any of them, but I have a very soft spot in my heart for them.

I have a great support system and a zest for life that keeps me going. My husband is my biggest drive.

Be at peace with HIV.

My husband, of course!

A fly on the wall to hear what everyone says about me!