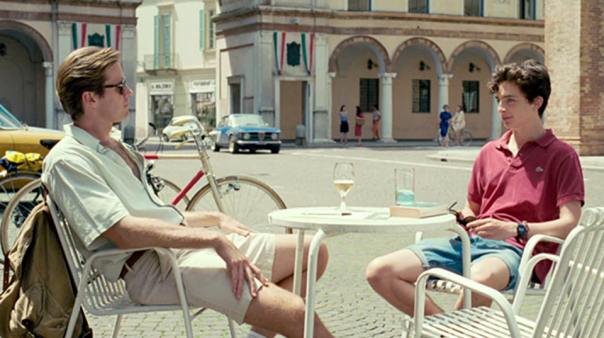 “Call Me by Your Name” Sequel Would Tackle AIDS

In fact, the film’s director envisions HIV as part of the very first scene in his proposed movie.

HIV would be a “very relevant part” of a sequel to this year’s Oscar-nominated hit Call Me by Your Name, director Luca Guadagnino tells The Hollywood Reporter.

Since it was released a few months ago, the same-sex love story, based on the novel by André Aciman, has been winning hearts and awards. The film does not delve into issues of AIDS, which makes sense because it is set in Italy during the early 1980s, as HIV was just being discovered. (One may question, though, whether such leeway can be granted to the book; that version of the story also ignores the existence of HIV but is set in 1987, during the height of AIDS hysteria and deaths.)

Call Me by Your Name tells the story of a summer romance between Elio and Oliver. What would the sequel entail? Guadagnino says he envisions it as an installment in a decades-long series that catches up with the protagonists at various stages of their lives, similar to Before Sunrise and its two sequels. Filmed by Richard Linklater and starring Julie Delpy and Ethan Hawke, installments of that trilogy were released in 1995, 2004 and 2013.

“In my opinion,” Guadagnino tells The Hollywood Reporter, “Call Me can be the first chapter of the chronicles of the life of these people that we met in this movie, and if the first one is a story of coming of age and becoming a young man, maybe the next chapter will be, what is the position of the young man in the world, what does he want—and what is left a few years later of such an emotional punch that made him who he is?”

More specifically, the director sees Elio (played by Oscar-nominated Timothée Chalamet) as a cinephile. “I’d like him to be in a movie theater watching Paul Vecchiali’s Once More,” Guadagnino says, referencing a 1988 film about a man who falls in love with a man after he leaves his wife, which, he points out, was the first French film to tackle the AIDS crisis. “That,” he said, “could be the first scene [in the sequel].”

In related news, the French film BPM (Beats Per Minute), playing in theaters now, is about ACT UP Paris in 1992. For a POZ interview with the director and stars, read “Why AIDS Film ‘BPM’ Has So Many Love Scenes—and So Much Dancing.”

Watch the BPM trailer below: