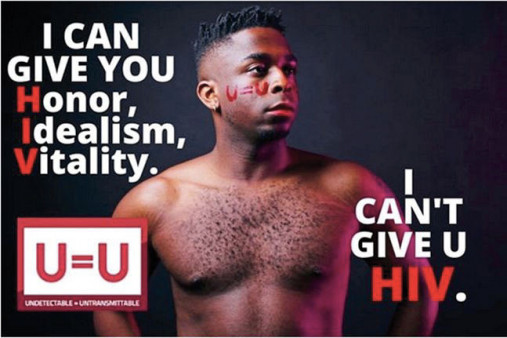 The call to action went out via social media: “Are you a person living with HIV who would be interested in participating in this awareness campaign? Email a picture of yourself along with ONE word beginning with H, I and V that describes what you CAN give to others. I will be posting and sharing on various social media platforms with a vision of putting together video submissions as the next version of this campaign.… Please email your submission to ICanGiveUcampaign@gmail.com.”

And thus, Randy Davis launched the digital “I Can Give U” campaign to bring awareness to the Undetectable Equals Untransmittable (U=U) message and in the process highlight amazing and diverse members of the HIV community. The resulting campaign shows photos of people who are HIV positive along with the phrases “I Can Give You [the three words that start with H, I and V]” and then the kicker: “I Can’t Give U HIV.” 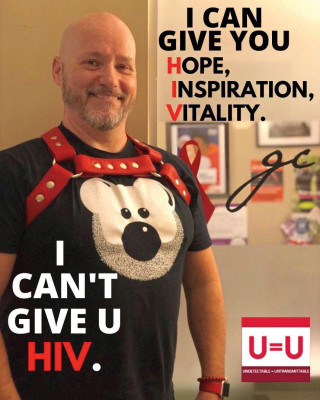 Davis, who is the gay men’s sexual health coordinator at the Gilbert Centre in Ontario, says the project will continue as long as he gets new submissions. He has received over 100 from across the globe, and the campaign is being translated into Italian, French, Portuguese and Spanish.

“I am both (H)umbled and (I)nspired by each participant who has helped make my (V)ision a reality,” he posted on Facebook. Davis tells POZ he created the campaign to “show folks living with HIV that our value doesn’t equate to our viral load and that we are so much more than just what we can’t give.” 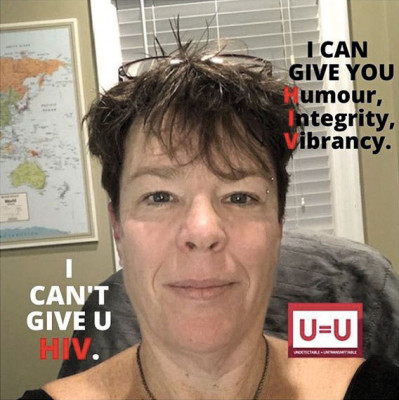