One man’s fight to save sex

In the running for the “class slut” title during my freshman year of college, I took pride in all the sex I was having. I approached my carnal activities like a snake charmer, mesmerizing the man I was seeking, drawing him in with boyish charm. The glee with which I pursued sex was matched only by my confidence in my hunting abilities. I felt so powerful back then.

But around age 25, I noticed my erections weren’t super-duper rock-hard anymore. Gone were those occasions when I could pull my dick away from my stomach, release it and watch it spring back with a satisfying whack! I became so fixated on my erection, or lack thereof, that sex was no longer fun, fast or easy. Not getting compliments anymore for a gorgeous dick was distressing enough, but when my erections deteriorated even further, taking on a droopy, wilted quality, I sank into a state between alarmed and down-right terrified. What would my life be life without sex? How would I feel about myself?

I began to predetermine my sexual activities, structuring and limiting them in ways that would avoid embarrassment. I hit bottom when I realized I was getting fucked all the time because I couldn’t keep a solid-enough erection to do the fucking. Finally, in desperation, I went to the doctor to check my testosterone levels.

The problem with testing testosterone is that most doctors don’t have a clue how to interpret the results. The reference range that laboratories provide is generally based on men in their 60s or older, the only group whose testosterone was regularly checked before HIV started to wreak havoc on young men’s gonads. When my count came back at 275, I had to persuade my doctor that while a 70-year-old might be pleased, I wasn’t. My analysis was that someone my age should have a count three or four times higher. So we started shots, first trying the standard dose of 200 mg every other week. I noticed some changes, but not enough. We moved to 20 mg every week, and my erections got noticeably better. Now, at 300 mg every week, I’ve hit pay dirt. With a count of 825, I’m USDA certified prime beef. Testosterone is the closest thing to a proof of God’s existence that I know.

While physically I’m practically a teenager again, my attitude toward sex has been transformed by five years of withering erections. I know now that I was spoiled. I expected the magic of sex to just drop into my lap—the result of finding the right boy with the right smile, the perfect curve of muscles, or a thick, meaty, rock-hard cock. I saw sex as a product, not a process. These days I throw more of myself into it and, having realized how much of my enjoyment is psychological, I invest more energy in enacting my fantasies. And I stay more in tune with my partner—whether he’s my lover or an anonymous trick—knowing that successful sex is the result of two people working together to spin cocoons of erotic intensity.

While raising my testosterone levels has given me the physical readiness for sex, it was actually the loss of testosterone that helped me to cherish sex. I’ve come to believe I can learn something new about myself in every encounter. Sex gives me the opportunity to explore all sides of my personality: To dominate one night and submit the next; to be aggressive and mean and the gentle and loving. I’ve uncovered many of my vulnerabilities—how I’m sometimes scared of intimacy, why I feel such a need for control—and the knowledge has helped me in all aspects of my life. There are certainly many roads to self-awareness, but sex works best for me.

Those who see sex only as a physical passion--and even those who acknowledge its bonding effect for already intimate partners—misunderstand its secret: Its ability to swing us from the peaks of joy to sorrow’s murky depths, and back again. Sex is the most powerful force in the world, a force to be worshiped and learned from, not harnessed, hidden or ignored. 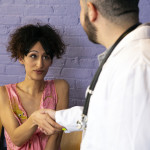 Trade-Off for Trans Women Between Hormones and Heart Risk