Compared With HIV Transmission Trends, PrEP Use Lags Greatly in the South

A new analysis broke down U.S. PrEP use by location and demographics and compared it with corresponding HIV diagnosis rates.

Use of Truvada (tenofovir disoproxil fumarate/emtricitabine) as pre-exposure prophylaxis (PrEP) is falling considerably short in some of the populations that could most benefit from it, including African Americans, women, residents of the South, those living in poverty and young people. This is according to a new analysis that compared the HIV diagnosis rate in certain populations with each population’s PrEP-use rate to come up with a so-called PrEP-to-need ratio.

Aaron J. Siegler, PhD, a research assistant professor at Emory University in Atlanta, presented findings from the analysis in a poster at the 2018 Conference on Retroviruses and Opportunistic Infections (CROI) in Boston. 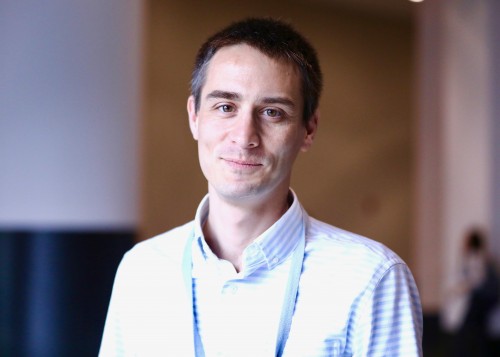 To estimate the number of people currently using PrEP, Siegler and his colleagues relied on the Source Healthcare Analytics data set, which has notable limitations. For 28 percent of all Truvada prescriptions listed in the data set, there were insufficient data about the reason the drug was prescribed. This lack of precision is problematic because there is no specific diagnosis code for Truvada’s use as PrEP, making it a challenge for researchers to determine which prescriptions were written for HIV prevention and which were provided for the treatment of HIV or hepatitis B virus (HBV). Additionally, the data set did not include prescription information from various entities that do not share such data, including the U.S. Department of Veterans Affairs and closed health care systems that integrate health care delivery and pharmacy services, such as Kaiser Permanente.

For the purpose of this new analysis of PrEP-to-need ratios, the estimate of the total number of PrEP prescriptions is not as important as are the relative differences in PrEP use between certain demographics and parts of the country—and in turn how the PrEP-to-need ratios differ. Hopefully, however, the limitations of the data set do not themselves bias the data such that they give a skewed representation of differences between PrEP-use rates or PrEP-to-need ratios—for example, if one race of individuals on PrEP were more likely than another to get their Truvada prescriptions filled from a source not included in the Source Healthcare Analytics data set.

Nationally, 23.2 out of every 100,000 people were taking PrEP. Compared with the number of HIV diagnoses in 2016 according to Centers for Disease Control and Prevention (CDC) data, the national PrEP-to-need ratio was 1.5, meaning that 1.5 people were taking PrEP for each HIV diagnosis that year. A total of 45.5 males and 2.0 females per 100,000 people in each group took PrEP. Men’s PrEP-to-need ratio was 1.8 while women’s was 0.4, reflecting an obvious trend of MSM increasingly adopting PrEP while women’s use has remained relatively modest.

People under 25 had the lowest PrEP-to-need ratio among the age brackets: 0.8.

States that expanded their Medicaid programs under the Affordable Care Act (Obamacare) had a higher rate of PrEP use per 100,000 people, at 27, compared with non-expansion states, at 17.1, and also had a greater than double PrEP-to-need ratio: 2.1 versus 0.9.