Dave Agema, the Michigan representative to the Republican National Committee, made controversial remarks about people with AIDS at a recent state party gathering, The Herald-Palladium reports.

During a holiday reception for the Berrien County Republican Party, Agema said the state party should adopt the national platform, which opposes marriage for same-sex couples. He also said he didn’t mind being criticized for his opposition to marriage equality. His experience working at American Airlines is the reason. Agema said airline workers would claim people with AIDS as lovers to get them health care.

“Folks, they [gay people] want free medical because they’re dying [when they’re] between 30 and 44 years old,” Agema said. “To me, it’s a moral issue. It’s a biblical issue. Traditional marriage is where it should be, and it’s in our [national] platform. Those in our party who oppose traditional marriage are wrong.”

Agema served three terms in the Michigan House of Representatives from Grandville. He also served 27 years as a senior commercial airline pilot and 27 years as a fighter pilot and trainer in the U.S. Air Force. 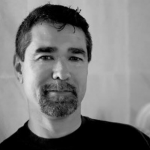