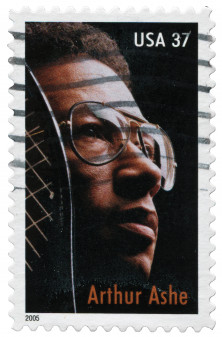 These dates are represent milestones in the HIV epidemic and are part of an ongoing art project with Visual AIDS. For more, visit poz.com/aidsiseveryday.

1 – Established to advocate for global action to combat the epidemic and to coordinate HIV/AIDS efforts across the U.N. system, the Joint United Nations Programme on HIV/AIDS (UNAIDS) commences operations. (1996)

21 – The Centers for Disease Control and Prevention recommends post-exposure prophylaxis (PEP) for people exposed to HIV, saying treatment should start no more than 72 hours after a person has been exposed to the virus. (2005)

22 – The Global Fund to Fight AIDS, Tuberculosis and Malaria is established as a partnership between governments, civil society organizations, the private sector and affected communities designed to accelerate the end of AIDS. (2002)

15 – The National Association of People with AIDS (NAPWA) announces it has ceased operations and filed for bankruptcy. (2013)

27 – The first episode of the miniseries When We Rise airs on ABC. The epic retelling of the LGBT civil rights movement spans four decades and is based on real-life pioneers. (2017)