“The goal of our organization is to reinforce, identify and celebrate the value of Black queer men.” That’s how cofounder and marketing director Kendall Boone Jr. describes the work of He Is Valuable, Inc. (HIV).

A nonprofit based in Atlanta—considered the unofficial Black gay mecca of the United States—He Is Valuable throws Random Kickback parties to build community, holds weekly discussion groups called Chit, Chat & Chew and livestreams a monthly talk show with executive director Richard Hutchinson Jr. called RAW Talk With Rich (RAW stands for Ready And Willing). And through its He Gives Back program, the group also hosts clothing and food drives, sex education talks and other services, including those related to HIV. 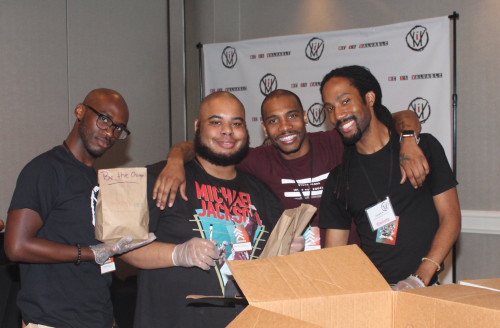 Avron Gordon, Michael Chancely, Justin Davis and Jerald Nuness at a He Gives Back food drive

“He Is Valuable addresses HIV by addressing the entire person, not just the HIV status,” explains Boone. For example, he says, the organization helps people attain employment, mental health services and linkage to HIV care. “Social determinants of health are more accurate predictors of a person’s seroconversion than solely being Black and gay—which is often portrayed as the face of the epidemic.”

Look for big changes in 2020, notably the inaugural He Is Valuable gala and the launch of He Is Supported, a partnership with the Southern Impact Fund (a grantmaking program of AIDS United) that will allow He Is Valuable to amplify its work. You can also learn about events, like the one posted above, on He Is Valuable’s Facebook page. 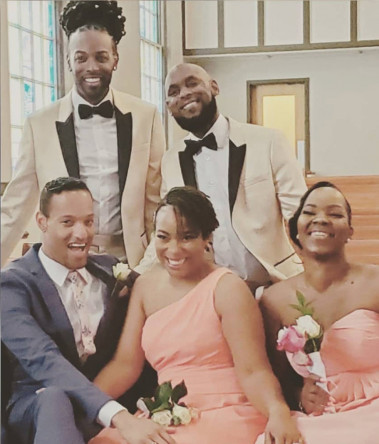 He Is Valuable’s message is already making an impact. In October, the group celebrated the same-gender wedding of staffer AJ Reynolds to Dominic Totten. “The wedding,” Reynolds says, “was the perfect example of what is possible for Black queer men.