8 – The first AIDS candlelight vigil/rally is held by the AIDS/KS Foundation in San Francisco. (1983)

14 – In a 94–2 vote, the Senate adopts the Helms Amendment, which requires federally financed educational materials about AIDS to stress sexual abstinence and forbids any material that “promotes” homosexuality or drug use. (1987) 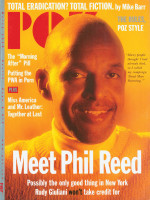