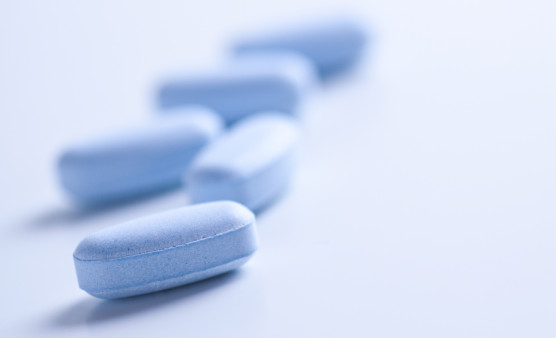 Evidence supports new PrEP option for gay men and trans women, but there’s no consensus for other groups.

There is ample evidence that Descovy (tenofovir alafenamide/emtricitabine) is a safe and effective new HIV prevention option for gay and bisexual men and transgender women, but the jury is still out regarding other groups, according to a Food and Drug Administration (FDA) advisory committee.

At a hearing on August 7, the panel of independent experts voted 16 to 2 in favor of FDA approval of Descovy for pre-exposure prophylaxis (PrEP) for men who have sex with men (MSM) and trans women, based on findings from the DISCOVER study. But the panel was split—8 in favor and 10 opposed—over whether this recommendation should extend to cisgender (non-trans) women.

Gilead Sciences’ Descovy contains tenofovir alafenamide (TAF), an updated version of the tenofovir disoproxil fumarate (TDF) in the Truvada combination pill. The FDA approved Truvada for HIV prevention in 2012, and this indication includes adults and adolescents at risk for sexually acquired HIV regardless of sex, gender or sexual orientation.

Compared with TDF, TAF produces higher levels of the active drug (known as tenofovir diphosphate) in immune cells that are susceptible to HIV. This means TAF can be given at lower doses, leading to less drug exposure for the kidneys, bones and other organs. Studies have shown that TAF for PrEP has less effect than TDF on kidney function and bone loss biomarkers, although it is unclear whether this matters in terms of clinical outcomes like fractures. Conversely, TAF has a less favorable effect on blood lipid levels, which could have implications for cardiovascular risk.

As reported at the Conference on Retroviruses and Opportunistic Infections in March, both Descovy and Truvada proved highly effective for HIV prevention. After one to two years of follow-up, there were seven new HIV infections in the Descovy group and 15 in the Truvada group, yielding respective incidence rates of 0.16 and 0.34 per 100 cumulative years of follow-up. Among those who seroconverted, five were thought to have already had undetected HIV when they started the study, and 15 were found to have low tenofovir levels, indicating inconsistent use of PrEP.

Given the small number of infections in both groups, this difference was not statistically significant, meaning it could have been driven by chance. This led study investigators to conclude that Descovy is noninferior to, or just as effective as, Truvada for HIV prevention.

However, as reported at the recent International AIDS Society Conference on HIV Science in Mexico City, researchers suggested that the 53% lower seroconversion rate in the Descovy arm might be attributable to the fact that TAF produces higher drug levels in immune cells, which are reached more quickly and persist longer as compared with TDF.

This extra “forgiveness” might be especially relevant for those using the on-demand, or 2-1-1, PrEP regimen before and after sex. In addition, prior studies have shown tenofovir reaches lower levels and doesn’t last as long in vaginal and cervical tissue compared with rectal tissue, so Descovy may provide an extra boost for cisgender women and potentially for trans men. It’s not yet clear whether the protective effect of tenofovir derives from the drug’s presence in susceptible immune cells or exposed tissues.

Given the very low rate of HIV acquisition in both arms of the DISCOVER study—as well as the very high effectiveness of Truvada PrEP in clinical trials and real-world use—other experts feel this conclusion is premature and think Descovy and Truvada are probably functionally equivalent for PrEP. And some providers and advocates argue that the small difference won’t be worth the extra cost of Descovy once generic versions of Truvada become available starting next year.

“Based on the science that we have seen thus far, there is no indication that everyone needs to be taking Descovy,” Tim Horn of the National Alliance of State and Territorial AIDS Directors told Reuters.

The two panel members who voted against the approval of Descovy PrEP for MSM and trans women at this week’s hearing cited the small numbers of African Americans and trans women in DISCOVER.

Because cisgender women were not included in DISCOVER, Gilead urged the FDA to extrapolate from pharmacokinetic data about how drugs are metabolized and distributed in the body, arguing that a trial of Descovy versus Truvada in women would be difficult to conduct and could take up to 10 years. Some panel members expressed concern about the public health implications of recommending an HIV prevention method for some groups but not others. The experts also discussed whether the DISCOVER data are relevant to men who have vaginal sex with women, though they did not vote on this question.

The FDA is not required to follow the recommendations of its advisory committees, but it usually does so. A final approval decision is expected by the end of this year.