First Antibody Treatment for Drug-Resistant HIV May Get FDA Nod

TaiMed Biologics has applied for approval of the weekly injectable antibody ibalizumab for those with multidrug-resistant virus.

TaiMed Biologics has applied for approval from the FDA for the biweekly injectable antibody treatment ibalizumab for people with multidrug-resistant HIV. If approved, ibalizumab would be the first HIV treatment with a new way of attacking the virus to hit the market in 10 years, as well as the first-ever treatment not to require daily dosing.

The FDA has granted ibalizumab a breakthrough therapy designation, which is given to those investigational therapies that may provide a substantial improvement over currently available treatments for a life-threatening health condition. TaiMed has also requested a priority review designation from the FDA, which would accelerate the review process.

The FDA application is based on data from the Phase III TMB-301 study of ibalizumab, the results of which were presented at the 2017 Conference on Retroviruses and Opportunistic Infections (CROI) in Seattle in February.

The study included 40 people with multidrug-resistant HIV who were taking a failing daily oral ARV regimen or were not on treatment for the virus. They received 24 weeks of biweekly intravenous ibalizumab injections, starting an optimized background regimen of daily ARVs two weeks into this period.

The overall efficacy rate of the antibody treatment was likely hampered by the fact that nine participants (23 percent) did not complete the study. Four died for reasons not related to ibalizumab, three dropped out of the study and two were lost to follow-up. Nevertheless, as is standard in such clinical research, the researchers included these individuals in their final analysis of the treatment’s efficacy.

After the 24-week treatment period, the participants experienced a 40-fold average drop in viral load. Forty-eight percent experienced greater than a 100-fold drop. Of the 43 percent of the participants who took the investigational ARV fostemsavir as a part of their optimized background daily oral ARV regimen, nearly half achieved an undetectable viral load.

To read a press release about the FDA application, click here. 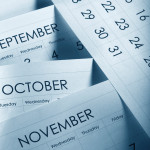