Howard Brown Health is one of the nation’s largest LGBT organizations providing health and social services. 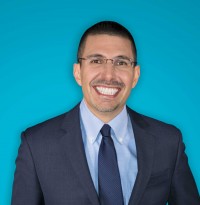 David Ernesto Munar has been the president and CEO of Howard Brown Health in Chicago since 2014. He previously held several positions at the AIDS Foundation of Chicago—over the course of 23 years—including president and CEO. Throughout his career, he has worked to build comprehensive systems of care and prevention that target the nation’s most vulnerable populations. He has been living with HIV since 1994.

In 2007, Munar helped launch the Coalition for a National AIDS Strategy, which paved the way for the National HIV/AIDS Strategy unveiled by President Obama in July 2010. In 2011, he was named a Champion of Change by the White House.

Munar has served on numerous advisory councils and currently sits on the boards of the Pediatric AIDS Chicago Prevention Initiative, Funders Concerned About AIDS, Center for Housing and Health, and Equality Illinois. His work helps shape public discourse on HIV that leads to education, advocacy and action.

Tell us about the evolution of Howard Brown Health.

Howard Brown is a social service community health center whose mission is to improve the health and wellness of the LGBTQ community and allies. It began in 1974 as a walk-in STI [sexually transmitted infection] clinic run by medical students. It then transitioned into a small volunteer clinic focused on the gay community and was on the front lines of the fight against AIDS in the ’80s. The AIDS epidemic forced the organization to mature its services and its model of care and to expand not only primary care but also things like testing and outreach, social work and case management.

In 2015, Howard Brown became designated as a federally qualified health center (FQHC). This has enormous benefits, including an annual operating award, but it also enables us to apply for funding designated only for FQHCs. Because we are the only LGBT-focused community health center in Illinois—and one of only a few in the Midwest—our community now benefits from these opportunities. The FQHC designation gives us the financial capacity to serve more people and pursue our mission more vigorously. Every aspect of our work is very closely scrutinized, and I think it sends a message to the community that we are delivering a very sophisticated health care model that they can rely on.

What services do you provide?

Our motto is to serve anyone who comes through the door, regardless of his or her ability to pay. We accept all forms of insurance, public and private. Thankfully, because the Affordable Care Act (ACA) is still the law of the land, we can help individuals apply for Medicaid expansion in Illinois if they’re eligible or apply for a marketplace plan during open enrollment or if they have a qualifying event in their lives. Individuals who are low-income can also qualify for our sliding-scale rates.

We’ve added locations across the city, including parts of the South Side that previously had little or no LGBT or HIV services. The integrated model of care has been really important in mitigating stigma because our aperture and our skill set are much broader than LGBT and much broader than HIV. People feel safe coming to us because we work really hard to brand ourselves as a full-service health center.

Who are your clients?

We’re serving about 27,000 people a year. Thirty percent are non-LGBT. About half of our clients are people of color. Last year, we saw an enormous increase in clients from communities of color because we expanded geographically. We are taking our brand of health care that’s very affirming of LGBT identities and working to destigmatize health care in a very holistic way.

About 19 percent of our clients are Latino. We have strong outreach programs that are doing HIV and STI testing citywide, some of them in partnership with other entities, including Project Vida on the Southwest Side of Chicago. We want to continue to expand where there are heavy concentrations of Latino people. 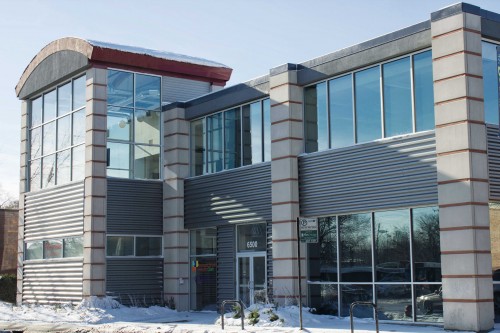 Given the ACA’s uncertain future, how does your organization move forward?

We’ve been closely watching the health care debate because so much of our model depends on Medicaid, the ACA and federal funding. We’ve been tempering our aspirations against the realities of health care policy and politics. As a health care provider, it’s been a difficult few months because we’re trying to operate business as usual under the current rules, but we face so much uncertainty. On the business side, we’ve been doing things we think can be sustained even under different conditions.

Why is it important to integrate HIV and sexual health into discussions surrounding the LGBT community?

For our clients, the discussion is about integrating their sexual wellness with their relationships and their entire health outlook. We’ve seen an enormous interest in PrEP, and that’s really changing the way people think not only about HIV but also about their own sexuality and sexual wellness. It’s making people think about primary care in a way they never had before. We’ve also seen an enormous increase in STI testing. We want to help our clients prevent HIV and other STIs, but we also want our clients not to carry any shame if they are exposed to or infected by an STI.

People are looking for a health care setting that’s sex positive and affirming. People want to go where they can feel safe talking about their sexual wellness.

I’m excited that we offer individuals in the LGBT community guidance and support that’s not only limited to their medical needs. So much of health care justice and access is intertwined with LGBT liberation. When you look at the health disparities of LGBT people, they are still far worse off than their non-LGBT counterparts in almost every measure. That’s a clear sign that equality and liberation have not been achieved for our community. But it’s powerful to realize that attending to the health of the individuals in the community as well as the community itself is an act of rebellion. It’s a form of liberation, because the healthier and stronger people are, the more they can pursue their dreams, build their families, build their futures. So we think of ourselves as not just a provider of care but also an advocacy organization for LGBT liberation.

You’ve been at this work for decades. What does it mean for you personally?

It’s professionally gratifying to be in a position of influence around the delivery of care. I’m still very entrenched in policy decisions and see how they can affect or influence our abilities to meet people’s needs, but I’m also now entrenched in some of the more pedestrian parts of health care, like: Are there long delays to see providers? Is our front-line staff well trained and friendly? Do we treat our LGBT clients with respect? It’s humbling. I feel a sense of responsibility for all the clients we serve. It’s gratifying to see the personal impact that can be made.

We’re entrusted to be part of a very intimate part of a person’s life, and we do everything possible to make it an experience that uplifts them. I’m glad to see the trend where HIV and LGBT services are normalized and integrated into primary care. 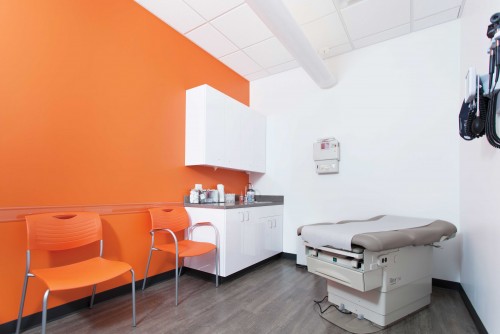