Don’t be fooled by the familiar-sounding synopsis of the film 1985. Shot in black-and-white, the movie is about closeted HIV-positive advertising executive Adrian (Cory Michael Smith), who returns to his Texas hometown for the holidays during the first wave of the AIDS crisis. He tries to reconnect with his preteen brother (Aidan Langford), his Christian parents (Michael Chiklis and Virginia Madsen) and his estranged childhood friend (Jamie Chung). But don’t expect the obligatory coming-out scene or the change-of-heart deathbed weeper from writer-director Yen Tan. For example, when Adrian learns that his younger brother is a big Madonna fan but that their conservative parents have confiscated his pop-music cassettes, Adrian gains his little sibling’s trust by telling him about seeing Madonna’s Virgin Tour in New York City. You get the impression the two brothers have more in common than musical tastes, and you wonder how their relationship will play out. We discussed the film with Tan; for the full interview, click here. 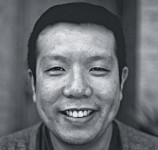 What’s your relationship to HIV and LGBT issues and to this time period?

I encountered many men who were living with HIV/AIDS at one of my first jobs in the ’90s, working at a viatical settlement firm in Dallas. [Editor’s note: During the early days of the epidemic, many people with AIDS sold their life insurance for quick but discounted lump sums of money, known as viatical settlements.] The film is [my attempt] at relating some stories they shared with me. I grew up in Malaysia in the ’80s. AIDS made headlines in a sensationalistic and uninformed way, which really influenced how I viewed my sexuality. In my adolescent mind, I just assumed the disease came along with being gay. I thought my life ahead was going to be filled with pain, suffering and oppression.

I wanted to go deeper into a time where someone didn’t think he had the option of sharing his truth with his loved ones and what the emotional ramifications of that are. The benefit of telling this seemingly familiar story today is that I can completely leave out the words AIDS and gay and the audience can still understand the context. This feels true to its time, since they were such taboo topics, but it encouraged a more subtle narrative, as we no longer have the burden of “educating” the viewers.

What has been the response to the film?

I’m thankful that the film is seen as something that could nurture a process of healing. There’s this idea that we should have moved past these types of stories, but I believe many stories about that time haven’t been told. It’s evident when AIDS survivors I’ve talked to are grateful to have a film like this around. They often feel like they’ve been forgotten. 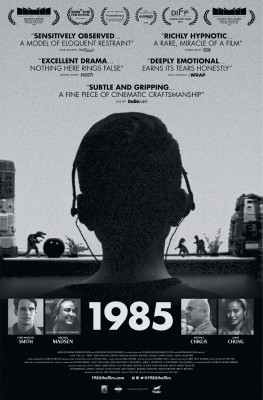 Released in December 1993 and starring Tom Hanks, Denzel Washington, Mary Steenburgen and Antonio Banderas, Philadelphia was the first mainstream movie to address the AIDS epidemic. Director Jonathan Demme cast more than 50 people living with HIV/AIDS in the film, which was based on the life of Geoffrey Bowers, a lawyer who died of AIDS-related illness in 1987. The lead role earned Hanks an Oscar. To mark the 25th anniversary of the film’s release, Coca-Cola and (Product) RED, which raises AIDS funds globally, created the documentary The Last Mile, in which several of Philadelphia’s actors and screenwriter Ron Nyswaner reflect on the early days of the public health crisis and what’s being done to meet today’s challenges. You can watch the film (for free!) online at RED.org/cocacola. 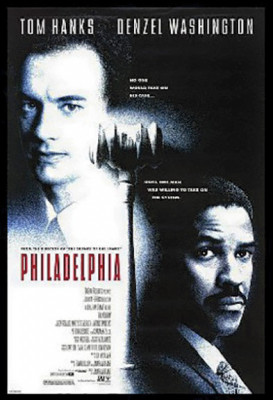 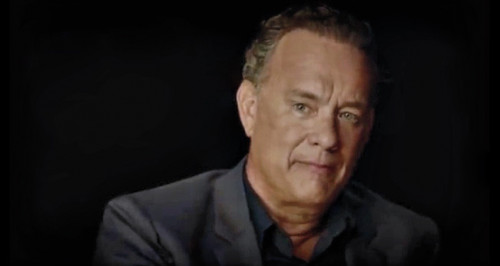