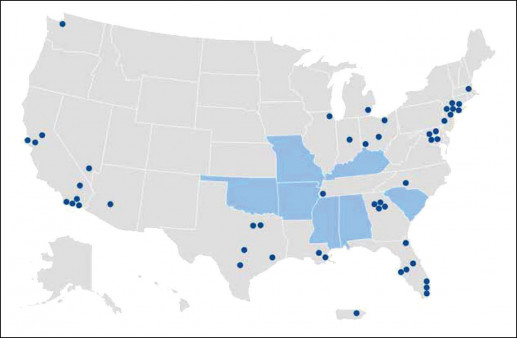 The HIV plan focuses on these hot spots and rural states. Courtesy of HIV.GOV

Details of the federal initiative to end the epidemic

Last year, President Trump launched the federal initiative “Ending the HIV Epidemic: A Plan for America.” Its goal is to lower HIV rates by 75% across the nation by 2025 and by 90% by 2030. The plan aims to accomplish this by focusing on four pillars of action:

In addition to geographic targets, the initiative uses molecular surveillance—the tracking of HIV data on individuals—to determine where the virus is spreading and where to steer resources. The U.S. plan also funds research and programs (click here for one example) that address communities at higher risk for HIV, such as gay and bisexual Latinos and transgender Latinas.