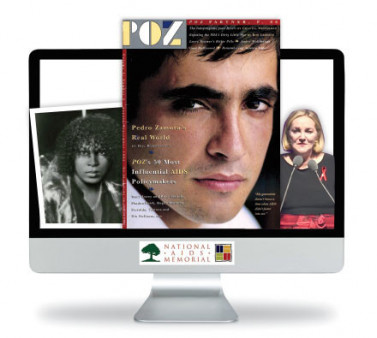 Meet Latino activist Pedro Zamora and many others.

As we approach the 40th anniversary of HIV next year, the National AIDS Memorial launched a digital storytelling platform called 2020/40 that collects multimedia stories from 40 years of the epidemic. Visit AIDSMemorial.org, where a new story is uploaded each week.

Included in the mix are advocates, artists, parents, caregivers and politicians. You can learn about gender-defying disco legend Sylvester and “the Cemetery Angel” Ruth Coker Burks, who cared for hundreds of dying gay men shunned by their families (she buried many of them in her own family cemetery in Hot Springs, Arkansas). And you can discover Pedro Zamora, the gay Latino star of MTV reality show The Real World who died of AIDS-related illness shortly after the show aired in 1994 (and who was on the cover of POZ that same year). These stories remain eternally inspiring.