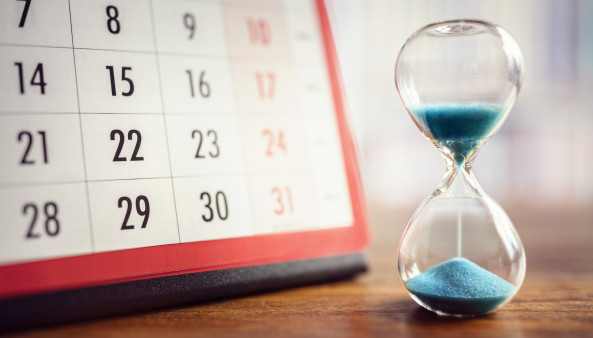 Lenacapavir, the first HIV capsid inhibitor, led to viral load reductions in 88% of people who had received several prior antiretroviral medications and had multidrug-resistant virus, according to Gilead Sciences.

Researchers are also evaluating lenacapavir as a twice-yearly injectable for HIV pre-exposure prophylaxis (PrEP), which could expand the armamentarium of long-acting prevention options.

Lenacapavir (formerly known as GS-6207) disrupts the HIV capsid, the cone-shaped shell that surrounds the viral genetic material and essential enzymes. Laboratory studies showed that it interrupts multiple stages of the HIV life cycle. Because it works differently than existing antiretrovirals, it has the potential to remain active against HIV that has developed resistance to other types of drugs.

Early studies showed that a single injection of lenacapavir as monotherapy led to a substantial reduction in viral load. Research presented at the HIV Drug Therapy Glasgow meeting last October showed that the lenacapavir dose selected for further development appears to have a high barrier to resistance.

The Phase II/III CAPELLA trial included 36 adults with resistance to multiple antiretroviral drug classes who had a detectable viral load on their current treatment regimen. About two thirds of those who received lenacapavir had advanced immune suppression with a CD4 count below 200.

The participants were randomly assigned to add either oral lenacapavir or a placebo to their failing regimens for 14 days—that is, lenacapavir was essentially functioning as monotherapy. At that point, all participants were offered open-label lenacapavir plus an optimized background regimen designed to work as well as possible based on resistance testing. They will receive lenacapavir by subcutaneous injection every six months as maintenance therapy.

At the end of the two-week period, 88% of those assigned to lenacapavir experienced at least a half-log reduction in viral load, compared with just 17% in the placebo group. Despite the small numbers, the difference was highly statistically significant, meaning it was probably not attributable to chance. What’s more, people in the lenacapavir group saw a significantly greater average change in viral load compared with the placebo group (-1.93 versus -0.29 log).

Lenacapavir was generally safe and well tolerated. No drug-related serious adverse events were reported, and no one stopped the drug early for any reason. The most common side effect was mild to moderate swelling and nodules at the injection site.

“There is an urgent and critical need for innovative treatment options for people living with HIV who have limited treatment options and are not able to maintain virologic suppression on their current therapy, whether from challenges adhering to a complex regimen or HIV mutations that cause drug resistance,” Edwin DeJesus, MD, of the Orlando Immunology Center, said in a Gilead press release. “The initial CAPELLA trial results demonstrate that lenacapavir led to a rapid decline in viral load in heavily treatment-experienced people with multidrug resistance living with HIV. This clinical response could potentially have an important impact on individual patients and public health.”

However, using lenacapavir in a combination regimen for HIV treatment presents a challenge, as currently, no other antiretrovirals can be given at such long intervals. The Food and Drug Administration recently approved once-monthly injections of ViiV Healthcare’s Cabenuva (cabotegravir/rilpivirine), though a study showed that administration every other month works just as well. Merck’s islatravir plus MK-8507 is being studied as a once-weekly oral treatment regimen.

Update: Researchers presented further data on lenacapavir at this year’s Conference on Retroviruses and Opportunistic Infections. On March 15, Gilead and Merck announced that they will collaborate to jointly develop long-acting combinations of lenacapavir and islatravir for HIV treatment.

But PrEP is a different story, as a single drug is enough to prevent HIV acquisition. Recent studies showed that cabotegravir injections every other month worked even better than the highly effective daily Truvada (tenofovir disoproxil fumarate/emtricitabine) for men and trans women and for cisgender women in Africa. Islatravir shows promise as once-monthly oral PrEP, and an implant formulation could last as long as a year.

Lenacapavir injections every six months for PrEP will be evaluated in two studies. Moupali Das, MD, MPH, of Gilead described the trial designs at the recent virtual HIV Research for Prevention Conference.

A lenacapavir arm will be added to the Women’s HIV Prevention Study, which is comparing Truvada and Descovy (tenofovir alafenamide/emtricitabine) for adolescent girls and young women in sub-Saharan Africa. The FDA approved Descovy for PrEP in 2019 but not for people exposed to HIV via vaginal sex, due to a lack of data, which this study aims to remedy.

In this trial, approximately 5,000 adolescent girls and young women in Uganda and South Africa will be randomly assigned to receive once-daily Truvada or once-daily Descovy pills plus placebo injections or lenacapavir injections every six months plus daily placebo pills.

Another planned study will compare daily Truvada versus lenacapavir injections every six months in approximately 3,000 cisgender men, transgender women and trans men who have sex with men in the United States and South Africa.

In both studies, HIV acquisition in the trial arms will be compared against background incidence in comparable populations in the same regions.