Annie Lennox, Scotland-born recording artist and AIDS activist, offered to serve as an ambassador for women and children living with HIV in her birth country during a speech at the Festival of Politics in the Scottish Parliament chamber this week, reports The Herald.

According to the article, Lennox credits Nelson Mandela, anti-apartheid campaigner and former South African president, for inciting her interest in advocating on behalf of those living with the virus when he referred to the HIV pandemic as “genocide.”

“I am not here to ask for money,” she told festivalgoers. “Giving cash can be a cop-out. Time, effort, commitment and engagement can be far more powerful. Writing a check can be a conscience-salver, but engagement is so precious—it is invaluable.”

During her speech, she also criticized the Catholic Church’s response to the epidemic, particularly Pope Benedict XVI’s recent criticism of condoms while visiting Africa.

“When the pope goes to Africa and tells people they shouldn’t be using condoms when we know HIV is a sexually transmitted disease, I don’t think that makes any sense at all,” she said. 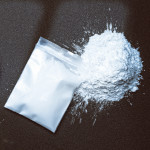