POZ asked readers: How did HIV change your life? Here are edited excerpts from negative responses on the impact of living with the virus.

“I tested HIV positive in 1985, but I already knew I had the virus. I had a spouse who was very ill and died that year. I buried another spouse in 1992. I buried more friends and acquaintances than I care to think about. There is no one in my life at this point who was there in the beginning. All my friends from the ’70s and ’80s are dead. I only have a few people in my life from the ’90s who are still alive. I guess the most significant impact on my life is the loss of all the people who I loved and grew up with into adulthood. At this point in my life, the isolation is the most difficult. I survived all the illness and medication side effects. Here I am alone, but grateful to be here.”

“I’ve been HIV positive for 19 years. When I first got the virus, I was scared. I was raped and the person who did this to me is not in jail. I almost committed suicide plenty of times, but the more I learned about HIV I became more at peace with myself. I’m also at peace with the HIV medications. I’m now undetectable. Now I try to teach others about the virus. HIV is for real.”

“After my HIV-positive diagnosis, I waited for every man I met to walk away after I disclosed. It almost became a given that they would walk away. It made me develop a mindset that I was never going to have a relationship. I didn’t want to put myself through the heartache of liking someone only to watch them walk away.”

“Did my diagnosis lead to growth? Does one grow in hell on Earth? If so, yes. I survived to live beyond the curse. Deaths, long-term illnesses, loss of all savings and investments and my company. Refused to be one of the walking wounded and eventually recovered more than a decade later. I still have relationship issues, however. Did HIV lead to empowerment? I think not. Job in the bible was tested, not empowered. Did I experience stigma? Absolutely. All the way to being fired from a job. Proof was impossible, but my personal computer had been looked at, so I knew. Being fired forced me to work for myself again, so it was a minor blessing. HIV ignorance abounds, still today. And sadly, I was just like that prior to my diagnosis.”

“I found out in 2007 that I have HIV. I was married to a person who had a history. He was sorry that he had passed on the virus to me. I wanted to let him know that I did not blame him. We had three years together. In 2008, he passed away. After that, I wanted a relationship. But I have not found anyone I can trust. So now having any type of relationship is out of mind.”

“I believe that I’ve been HIV positive since the 1970s, but only found out when the test was first available in 1985. I had to quit working to take care of my partner, who died in my arms. This caused bankruptcy early on, so I’ve had to live on Social Security up to now, which has been hard to do. I’ve been single for the past 25 years. I have been undetectable for years now, but I am in my 70s, so I don’t have much to do anymore. Most all of my friends have passed and each one was like a nail in my coffin. I live a very secluded life with my cat and a few friends, who all have their own issues. Meds and medical tests are never ending. We are a forgotten generation. Thanks for asking.”

For responses about the positive impacts of living with HIV, click here. 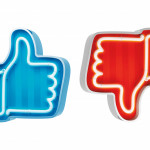 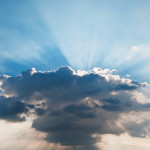