Amy is the first baby born from a donor at Sperm Positive in New Zealand. Courtesy of SpermPositive.com

Meet the First Baby Born to an HIV-Positive Sperm Bank

Amy and seven other babies were born thanks to New Zealand’s Sperm Positive, which gives people with HIV a chance to “create life.” Plus, check out this book about them!

At just 11 months old, Amy is making international headlines. That’s because she’s the first baby born as the result of the world’s first HIV-positive sperm bank, Sperm Positive. The business launched in New Zealand in December 2019 in part to fight HIV stigma and get the word out that people living with HIV can become parents to healthy HIV-negative children. Two years later, at least eight babies have been born thanks to connections made at Sperm Positive.

The adorable Amy stars in a video posted on SpermPositive.com. You can learn more about her and other babies born through the sperm bank in the e-book The Baby Who Changed the World: How to Make a Baby When Living With HIV. You can download a free copy on SpermPositive.com and buy a print version on Lulu.com for $10.75. 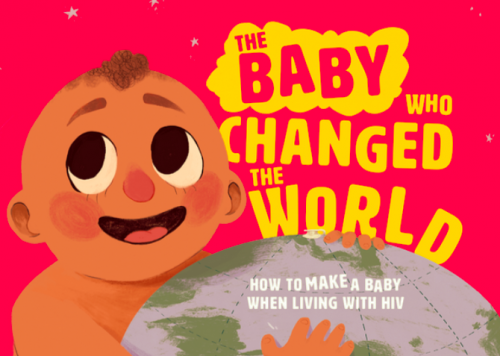 Cover of a 2021 book by Sperm Positive, an HIV-positive sperm bank in New ZealandCourtesy of SpermPositive.com

“Sperm Positive has been created to reduce the stigma and discrimination that people living with HIV still experience in many areas of their lives,” reads the sperm bank’s website in a Frequently Asked Questions section. “By educating New Zealand that there is no risk of HIV transmission through condomless sex or childbirth when HIV is treated effectively, we aim to make a significant impact in all the other areas that stigma persists.”

As Sperm Positive points outs, people living with HIV who take regular meds and maintain an undetectable viral load do not transmit HIV sexually, a fact referred to as Undetectable Equals Untransmittable, or U=U. 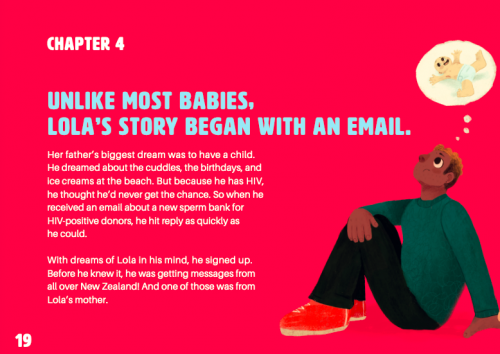 A page from “The Baby Who Changed the World,” a book by Sperm Positive, an HIV-positive sperm bank in New Zealand.Courtesy of SpermPositive.com

As Amy’s mother explains in the Sperm Positive video: “My best friend is a nurse and we were talking about finding a donor, and she was like, ‘Why don’t you go with Sperm Positive,’ and I was like, ‘OK cool, and I didn’t think in regards to HIV—it didn’t cross my mind as a red flag. It was like, ‘This is another way we can do this.’ 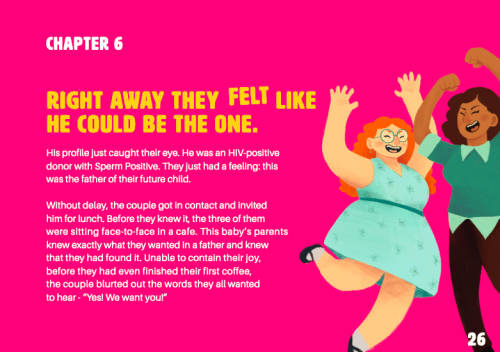 A page from “The Baby Who Changed the World,” a book by Sperm Positive, an HIV-positive sperm bank in New Zealand.Courtesy of SpermPositive.com

The Baby Who Changed the World includes more details about how Amy’s parents met and the steps they took leading up to Amy’s birth in January 2021. The book also shares stories of the other babies born as a result of matches made via the HIV-positive sperm bank.

Sperm Positive was created by the New Zealand AIDS Foundation, Positive Women Inc and Body Positive. To read a POZ article about the HIV-positive sperm bank when it opened, which coincided with World AIDS Day 2019, click here. 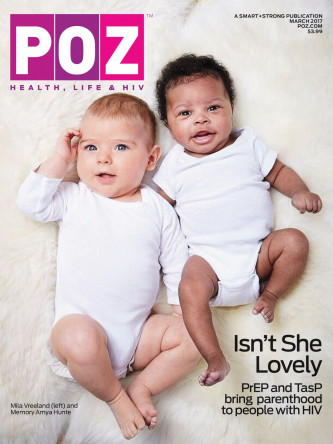 Mila and Memory on our March 2017 cover

In related news, don’t miss the 2017 POZ cover story “Born Free,” which dispells the misconceptions about conception and HIV, along with “So Adorbs,” which catches up with the cover babies and their HIV-positive parents.