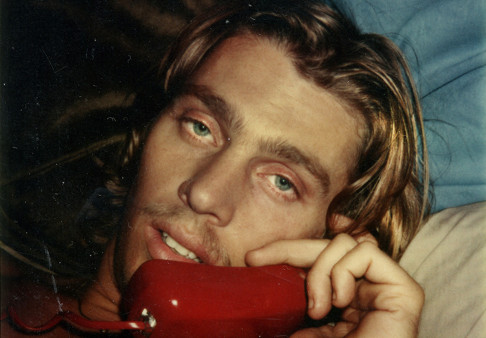 Christopher Makos has a knack for remaining in the zeitgeist. A prolific photographer and artist, Makos palled around and collaborated with Andy Warhol while documenting New York nightlife in his own two-page column in Interview magazine. A new collection of works by Makos—including photography, collages and assemblages dating back to the ’70s—is the subject of Money, a gallery show running through June 18 at Daniel Cooney Fine Art in Manhattan.

The exhibit arrives amid a resurgence of interest in the Warhol scene thanks to the hit Netflix docuseries The Andy Warhol Diaries, which also covers the early years of HIV. Produced by Ryan Murphy, the fascinating series prominently features Makos today and through the decades. Makos also just released a new book, Andy Modeling Portfolio Makos.

Here’s a trailer for the series:

As ARTnews noted, the Netflix series “is very powerful on the subject of AIDS.” Although neither Warhol nor Makos beat a drum for the cause, their work documents the many losses and tragedies of the epidemic’s early history. AIDS was first documented in 1981, and Warhol’s romantic partner at the time, Jon Gould, died of AIDS-related causes in 1986, at age 33. (Gould remained closeted about both his sexuality and illness.) Warhol died the following year, at age 58, following gall bladder surgery.

Many of the subjects pictured in Money were lost to AIDS, such as actor Brad Davis, who starred in the original 1985 off-Broadway production of Larry Kramer’s AIDS play The Normal Heart in addition to movies such as Midnight Express. 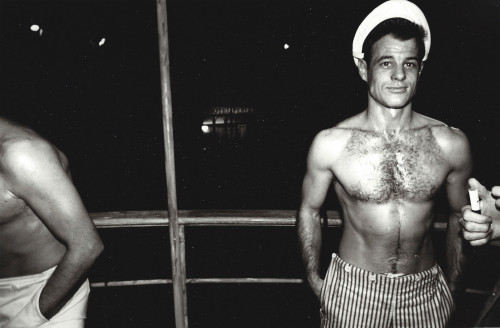 POZ interviewed Makos in 2020 for his exhibit Money. When we spoke about AIDS, he recalled, “HIV took everybody by surprise. All of that creativity just went ‘boom.’ Stopped dead in its tracks. The end of Studio 54, all of that period. It was like when the Roaring Twenties just came to a dead halt.… Clearly, I was worried about my friends and about myself and what was going to happen to us, and the same goes for now [during COVID-19]. But it’s not a moment to stop and be like, ‘Woe is me.’ It’s a time to be creative, to think about new ways to express yourself, to share your work with other people so they can share it with somebody else, and hopefully, that’ll give us hope and aspirations to do something and get beyond this particular moment. I found the best thing is to be more creative than ever.” (To read the full Q&A, including much more about HIV, see “Why Make Dirty Art in a Pandemic?”)

You can hear from Makos himself in person. He’ll be at the gallery (526 West 26th Street) in conversation with Mitchell Nugent of Interview magazine at 7p.m., Thursday, May 26. For more insight on the new exhibit, POZ emailed gallery director Daniel Cooney.

In October 2020, amid strict requirements of social distancing and mask wearing, your gallery opened a Makos exhibit titled Dirty. What drew you back to him so soon, and how does this show differ?

This exhibition is more focused on the heightened moment—whether that be the moment the photograph was taken or the moment we are in now as a society, coming out of the deep isolation of the pandemic. This show is an expression of joy and freedom with Christopher leading the way with his bold self-portraits.

“Basquiat With Africa On His Shoulders,” 1984Courtesy of Daniel Cooney Fine Art/Christopher Makos

The new show is titled Money. It’s—pardon the pun—a loaded word. Tell us about that meaning in this context.

It is a loaded word! That’s exactly why we chose it. I was thinking about the term “money shot” while curating it, but perhaps it’s a continuation of our last show “Dirty.” You decide.

Has Makos himself appeared in much of his previous work, like he does here? (I’d like to comment, Not only does he have a good eye, but he’s easy on the eyes! But does one dare say that in these extremely sensitive times?)

Neither Christopher nor I are especially sensitive, so please be as complimentary and open as you want. This exhibition is a throwback to a time when people were bold and sometimes insensitive but always fun and glamorous. No need to second-guess yourself here.

Although Makos’s work isn’t overtly political, it does span the AIDS epidemic. What people or subjects from the HIV world appear in this show?

Christopher’s work has never been specific to a cause or movement. But because he documents creative lives, AIDS and other topics are subtext throughout. Many subjects of his work have passed from AIDS and are featured in this exhibition, including Brad Davis, Halston, Keith Haring, Victor Hugo, Robert Mapplethorpe, Anthony Perkins and John Sex. [Editor’s note: iconic fashion designer Halston and charismatic escort Victor Hugo were the subject of a Netflix miniseries Halston last year starring Ewan McGregor Gian Franco Rodríguez.]

What are your thoughts on the Netflix docuseries The Andy Warhol Diaries?

Personally, I loved the The Andy Warhol Diaries. I missed [getting to experience] that time in New York, and I’m slightly obsessed with the ’70s and ’80s grit and glamour of New York City. Knowing the series and a new Makos book, Andy Modeling Portfolio, were coming out about the time of the Money exhibition was definitely on my mind when curating the show. I want to relate to both those projects and offer something new at the same time. I think that was definitely accomplished.

What do you consider the standout or unexpected offerings in Money?

There are so many. I think the self-portraits, the boldness, the frankness of them will be new to viewers.

Why do you think Makos’s work endures?

His work is part of history; he photographed a time that many of us would like to revisit.